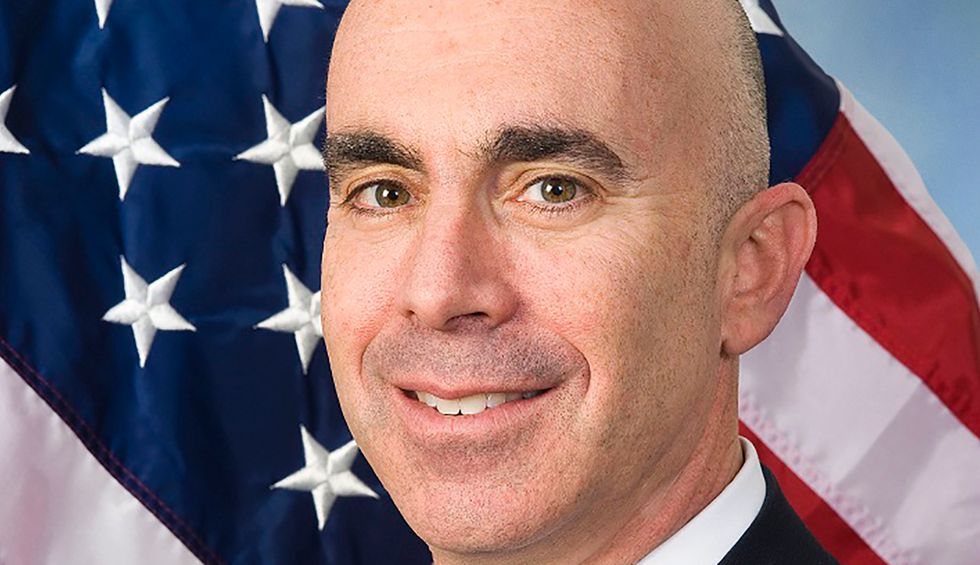 Democratic lawmakers and progressives erupted with anger after President Donald Trump on Friday night quietly removed the State Department's Inspector general from his post, the latest example of the White House's hostility to oversight and investigation.

"What checks and balances do we have left?" wondered journalist Andrew Kimmel. "The slow-moving coup continues to successfully—and quite easily—rid itself of any and all roadblocks."

If you went to bed early 🙋🏼‍♂️ you missed another dismissal of another independent government watchdog. This time,… https://t.co/ai6sHOhHCE
— Brian Stelter (@Brian Stelter) 1589624201.0

The president notified Steve Linick he would be removed from his post in 30 days—a timeline required by law to allow Congress time to look into the administration's justification for the move—and would appoint Vice President Mike Pence ally Stephen Akard to the position.

Linick's dismissal came shortly after reports surfaced that Linick was looking into possible misuse of political appointees for personal gain by Secretary of State Mike Pompeo.

As the Guardian reported:

According to a Democratic congressional aide, just before his abrupt dismissal Linick had opened an investigation into allegations that Pompeo had been using a political appointee at the state department to run personal errands for him and his wife, Susan.

House Intelligence Chair Rep. Elliot Engel (D-N.Y.) said in a statement that the move indicates trump believes he and his administration are "above the law."

"I have learned that the Office of the Inspector General had opened an investigation into Secretary Pompeo," said Engel. "Mr. Linick's firing amid such a probe strongly suggests that this is an unlawful act of retaliation."

Sen. Chris Murphy (D-Conn.) called for the Senate to investigate the dismissal.

"If Inspector General Linick was fired because he was conducting an investigation of conduct by Secretary Pompeo, the Senate cannot let this stand," Murphy tweeted. "The Senate Foreign Relations Committee must get to bottom of what happened here."

The firing marks the third inspector general Trump has removed from office in the past two months.

As Common Dreams reported, the president in April removed Intelligence Community inspector general Michael Atkinson from his post after Atkinson was revealed to have been behind delivering the whistleblower complaint on Ukraine to Congress that led to Trump's impeachment in December 2019. In May, Trump fired Department of Health and Human Services inspector general Christi Grimm in part for a report on the administration's lack of preparedness for the coronavirus outbreak.

In a statement, House Speaker Nancy Pelosi referred to the firings of Linick and the other inspectors general as "dangerous."

"The President must cease his pattern of reprisal and retaliation against the public servants who are working to keep Americans safe," she said, "particularly during this time of global emergency."

Trump's flouting of convention and norms, said the New Yorker's John Cassidy, is revealing the flaws in the American government's system of checks and balances.

"What's the point of an inspector general if the folks being inspected can fire him/her at will?" tweeted Cassidy. "Another weakness in the system that Trump has exploited."