Obama’s criticism of Trump is really getting to Republicans — especially Mitch McConnell: report 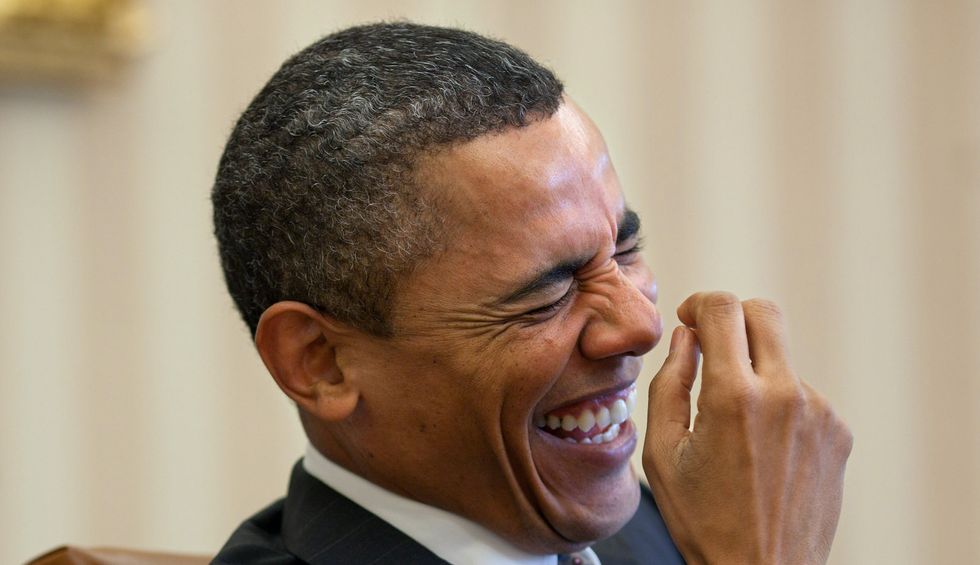 Former President Barack Obama, for the most part, has been keeping a low profile during Donald Trump’s presidency. However, Obama campaigned for some Democratic candidates during the 2018 midterms, and he has recently been speaking out about the 2020 presidential election and the coronavirus pandemic — much to the chagrin of President Trump, Senate Majority Leader Mitch McConnell and other Republicans.

Journalist Jordan Carney, in an article for The Hill, notes how badly Obama has been getting under Republicans’ skin. Republicans, Carney observes, are “sharpening their criticism of former President Obama as the past president increasingly weighs in on the Trump Administration’s coronavirus response and other actions. Obama’s comments — blasting President Trump’s handling of the pandemic and the Justice Department’s decision to drop the case against former National Security Adviser Michael Flynn — appear to be irking Trump and some GOP lawmakers.”

Trump, Carney points out, has been promoting the Obamagate conspiracy theory, while McConnell slammed Obama’s comments on the COVID-19 pandemic as “classless.” And South Dakota Sen. John Thune, another Republican, asserted, “I always think it is in the best interest of the country if you don’t have the constant critiques from a previous administration. I would rather that they keep their comments to themselves.”

But Obama’s criticisms of Trump have hardly been “constant” in the last three years. Throughout much of Trump’s presidency — from the Russia investigation and the Mueller Report to the Ukraine scandal — Obama generally kept a low profile even when fellow Democrats were wishing he would speak out. Even when some of Trump’s allies or former allies were going to federal prison (including his former campaign manager, Paul Manafort, and his former personal attorney and fixer, Michael Cohen), Obama preferred to let other Democrats do the talking. And the former president’s outspokenness in recent weeks is a departure from how little he was heard from in 2019.

Carney explains, “Obama largely stuck to the political sidelines after leaving office in 2017, following a similar precedent by former President George W. Bush. But he launched back into the political dialogue in recent days after weighing in on the pandemic and Flynn, two high-profile subjects.”

McConnell, during an online event, told GOP activist Lara Trump (who is married to the president’s son, Eric Trump), “I think President Obama should have kept his mouth shut. You know, we know he doesn’t like much (what) this administration is doing. That’s understandable. But I think it’s a little bit classless, frankly, to critique an administration that comes after you.”

Some high-profile Democrats, meanwhile, are glad to see Obama breaking his silence — including Sen. Amy Klobuchar, who ran against former Vice President Joe Biden in the 2020 Democratic presidential primary but is now endorsing him. The centrist Minnesota senator (who has been mentioned as a possible Biden running mate) said she is “glad” that Obama is speaking out and asserted, “You always imagine the different world it would have been if Barack Obama was president right now, because he is someone that understood that service is about sacrifice and looking out for the people of this country instead of yourself.”