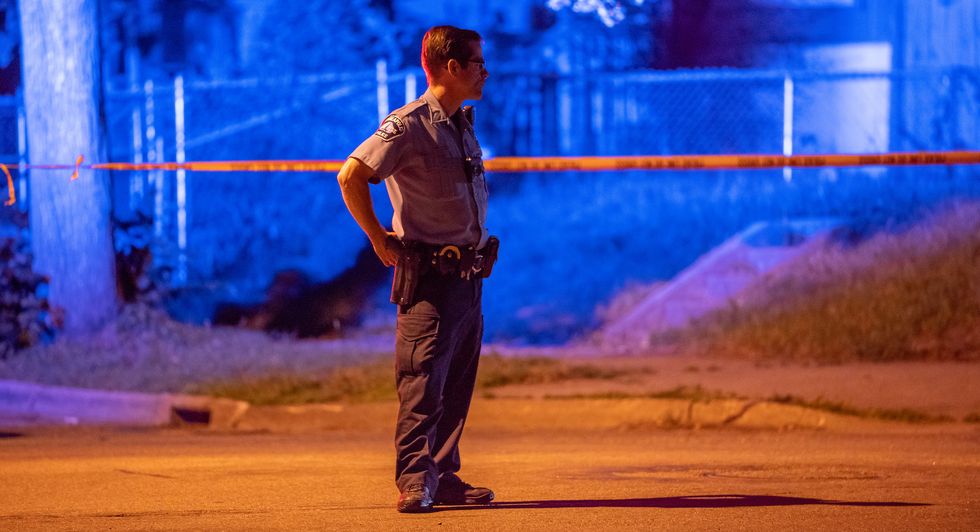 A Minneapolis Police Officer stands along a crime scene perimeter near the scene of an officer-committed shooting death at 47th & Bryant Avenue North in Minneapolis, Minnesota, on June 23, 2018. Relatives identiified the man shot by police as Thurman Blevins, according to the Star Tribune. (Tony Webster https://creativecommons.org/licenses/by/2.0/)
Alex Henderson
May 29, 2020

Some conservatives and libertarians — from MSNBC’s Joe Scarborough to Judge Andrew Napolitano of Fox News — have been vehemently outspoken about the death of Minneapolis resident George Floyd, asserting that his death was absolutely inexcusable. Napolitano, in fact, has called for all four of the officers involved in Floyd’s death to face murder charges. But Hal Marx, the far-right Republican mayor of Petal, Mississippi, has defended the officers, and critics are calling for Marx’s resignation.

On Thursday, May 28, USA Today reports, the Petal Board of Aldermen held a meeting in the hope of persuading Marx to resign. But the Petal mayor has refused to step down.

“I will never surrender to the mob mentality,” Marx declared.

On Tuesday, May 26, Marx insisted that the police officers who arrested Floyd on May 25 did nothing wrong and painted them as victims, tweeting, “If you are talking about the incident in MN, I didn’t see anything unreasonable. If you can say you can’t breathe, you’re breathing. Most likely that man died of overdose or heart attack. Video doesn’t show his resistance that got him in that position. Police being crucified.”

Marx went on to say, “Why in the world would anyone choose to become a police officer in our society today?” All four of the officers were fired after Floyd’s death, but so far, none of them have faced criminal charges.

One of the Twitter users who objected to Marx’s comments said of law enforcement, “Would be nice to get a few in there that understand reasonable force, when it’s needed, and don’t give the rest of them a bad reputation.”

Floyd’s death has been followed by demonstrations not only in Minneapolis, but also, in cities ranging from New York to Chicago to Los Angeles. Most of the protests have been loud but peaceful, although Minneapolis has suffered civil unrest, looting and rioting — which the Rev. Al Sharpton and other civil rights activists have vehemently condemned.

Some prominent law enforcement officers have been quick to condemn the killing of George, including Houston Police Chief Art Acevedo and Philadelphia Police Commissioner Danielle Outlaw — both of whom have demanded justice for Floyd.