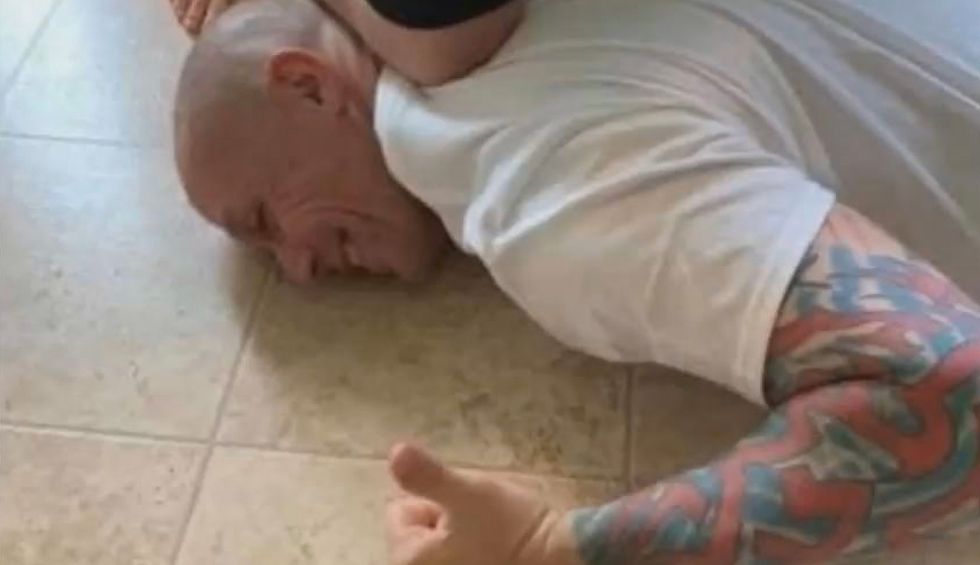 Minneapolis has been rocked by angry protests and civil unrest following the death of George Floyd, an unarmed African-American man who, in a May 25 video, can be heard pleading, “I can’t breathe,” while pinned on the ground by arresting officers. And the repercussions of Floyd’s death are being felt far from Minneapolis in the Pacific Northwest, where the Bethel School District is investing a video by first-year wresting coach Dave Hollenbeck that shows him pinned on the ground with a knee on his neck.

In social media posts, Hollenbeck has argued that the protestors speaking out about Floyd’s death are “race baiters.” Hollenbeck, on Facebook, posted, “This is for all the race baiters and people that don’t What (sic) they’re talking about when they’re saying that this could kill you.”

A caption used with the video reads, “Not dead yet I’m doing this for Are [sic] police officers the media is a race-baiting machine and I’m tired of it I’m going to speak out every time if you don’t like that I’m sorry but I love All people.. Wake up America.”

One of the parents in the Bethel School District who is speaking about against Hollenbeck is sports coach Jay Davenport, who asserted, “There is no reasonable rationale for him to post anything like that. It’s about humanity, it’s about integrity; that post lacks both."

Hollenbeck, however, defended the video and his posts in an interview with Seattle’s KIRO-TV 7, a CBS-affiliated television station. The wrestling coach told KIRO, “I did not tell any lies. I showed that I was OK from a knee on my neck. That is it.   I did not say anything racist and maybe it was insensitive at the time.”

Doug Boyles, a spokesman for the Bethel School District, told KIRO, “We are investigating the post. Dave Hollenbeck is not a teacher. This was his first year as a wrestling coach at Bethel High School. As wrestling season is over, he is not working for us right now.”