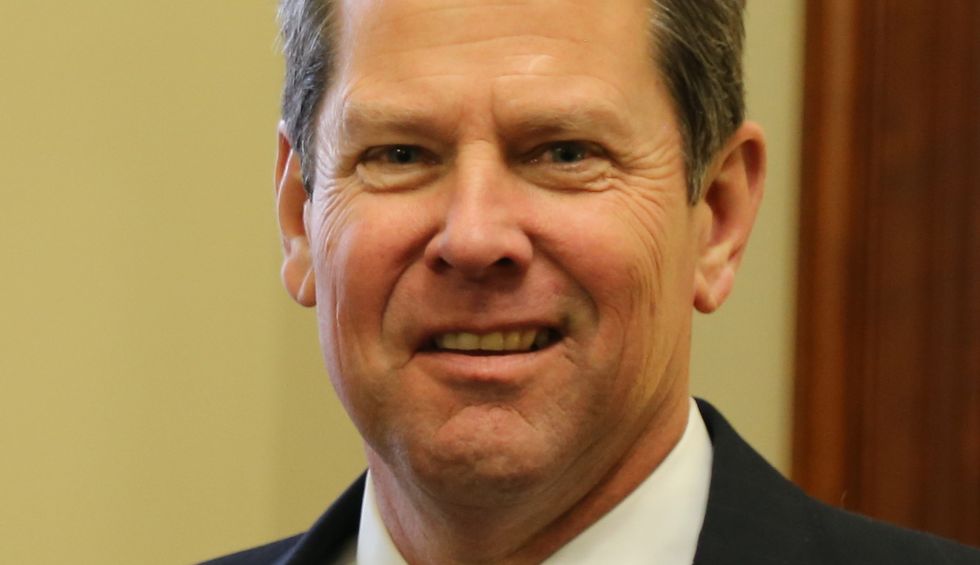 This week, voters in Georgia were going to determine whether a seat on the state’s supreme court would be held by a Republican or a Democrat. But Gov. Brian Kemp and Georgia Secretary of State Brad Raffensperger, in a blatant power grab, have canceled the election — and Kemp will, according to Vox, be appointing someone to the seat.

On the U.S. Supreme Court, justices enjoy lifetime appointments. In Georgia, however, there are six-year terms for state supreme court justices. Justice Keith Blackwell, a Republican, decided not to seek reelection this year, and Tuesday, May 19 would have been the day in which Georgia voters decided between Democrat John Barrow and Republican Beth Beskin. But with Kemp having canceled the election, the far-right Republican will be able to pick someone to replace Blackwell — and it’s safe to assume that Kemp won’t be picking a Democrat.

On May 14, the Georgia Supreme Court handed down a decision in the case Barrow v. Raffensperger that paved the way for the election’s cancelation. Blackwell, Vox’s Ian Millhiser notes, announced that he would be retiring, effective November 18 — which is before his term expires on December 31. And because Blackwell was leaving before his term expired, Kemp was able to appoint someone to the seat — and not just for the November 19-December 31, 2020 period.

Discussing provisions in the Georgia State Constitution and the Barrow v. Raffensperger case, Millhiser notes, “While the first provision suggests that an election must be held to fill Blackwell’s seat — with the winner taking office on January 1, 2021 — the second provision indicates that an appointed justice may serve much longer. When Blackwell resigns on November 18, the ‘next general election which is more than six months’ after that date won’t occur until 2022.”

So even though Kemp and Raffensperger’s actions are sleazy, they appear to be technically legal under the Georgia State Constitution and according to the Barrow v. Raffensperger ruling.

According to Millhiser, “The upshot of Barrow is likely to be that when a justice who belongs to the same party as the governor wishes to retire, they will submit a post-dated resignation similar to the one Blackwell submitted to