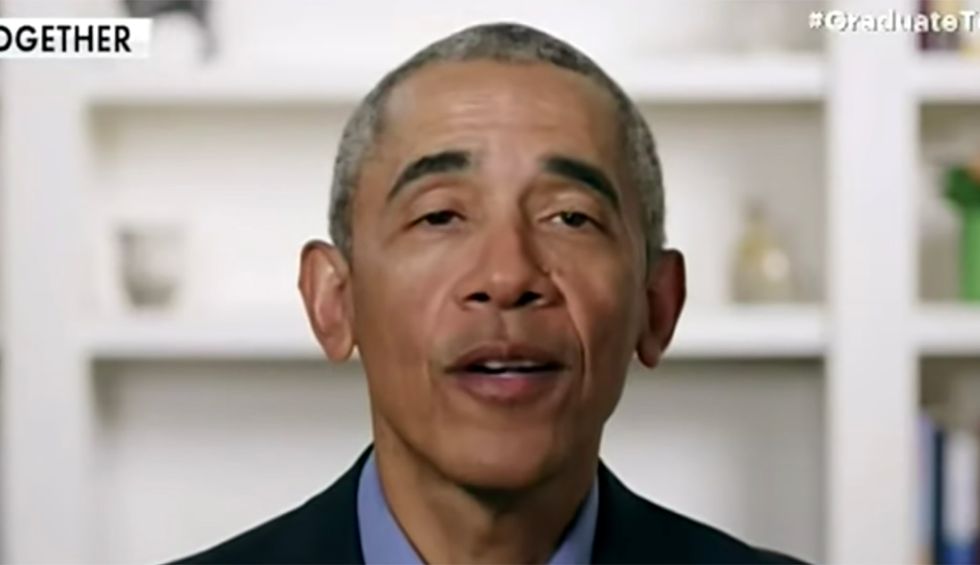 Image via Screengrab.
David Edwards
and
Raw Story
May 17, 2020

The hosts of Fox & Friends on Sunday lashed out at former President Barack Obama after he criticized President Donald Trump’s handling of the coronavirus pandemic.

Obama made the remarks while delivering a commencement address by video to 78 historically black colleges on Saturday.

“This pandemic has fully, finally torn back the curtain on the idea that so many of the folks in charge know what they’re doing. A lot of them aren’t even pretending to be in charge,” Obama said without mentioning Trump’s name.

On Sunday, Fox & Friends took aim at the former president.

“The more I listen to it the weirder it gets,” host Jedidiah Bila said. “When you first listen to it, you almost forget that it’s a commencement speech. You say, oh, this is President Obama, you know, giving some sort of political speech, you know, trying to say that the Trump administration is divisive.”

Co-host Pete Hegseth went on to gripe that Obama is not as “articulate” as many people think.

“Time and time again, he talks like a political leftist,” Hegseth complained. “These Democrat governors feel like we’re in charge, we’re the experts and Donald Trump’s got it all wrong. It’s amazing.”

“And by the way, Barack Obama’s not all that articulate,” he added. “When he reads off a teleprompter, he can be inspiring or off of a speech. But when he’s impromptu, the ums and the ahs, it’s impossible to listen to.”