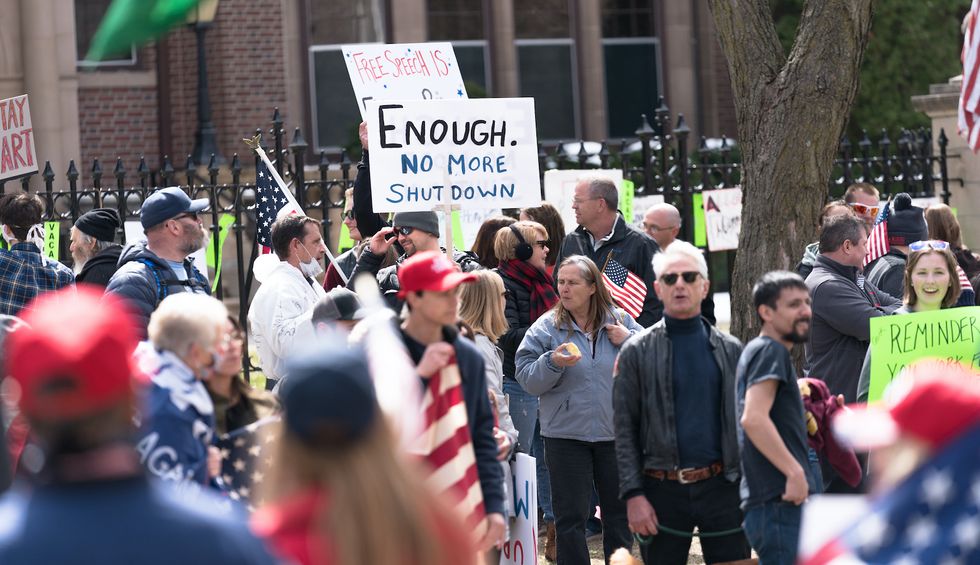 President Donald Trump and Republican governors have said that they will reopen whether it endangers the lives of their citizens or not. While many Americans are exhausted and overwhelmed from living in lockdown, others are terrified to step outside and risk their health or the health of others.

In a Washington Post editorial, Dr. Leana Wen outlined six shockingly stupid that that many in the GOP are advocating.

“Instead of preventing COVID-19, we should let people infect each other to achieve herd immunity,” Wen quoted an excuse. It’s a philosophy that some Fox News hosts and other far-right Republicans have promoted. Herd immunity only really works if you have a vaccine. Until there’s a vaccine, it’ll just be people getting the coronavirus and people dying. One of the other questions scientists have had about the coronavirus is whether you can get it a second time and if that second time is actually worse. There are only about two weeks of data that show this, but the experts aren’t sure if you’re immune from it after getting it once. Still, these influencers want people to risk it.

“Most cases of COVID-19 are mild,” was Wen’s second misnomer that uneducated activists seem to be spouting as an excuse. It’s ridiculous. There are perfectly healthy people in their 30s and 40s dying of heart attacks and strokes from COVID-19. So, while some people are asymptomatic and aren’t suffering as considerably as others, there’s no way of knowing which perfectly health person will die and which won’t. Who wants to risk it?

The third thing Wen cited from people trying to justify reopening is: “People are getting sick and dying from other illnesses in greater numbers than COVID-19.”

It’s true; there are far more people dying of heart attacks and strokes in a year than there are COVID-19 cases. In those cases, people generally take medication to prevent it, they lose weight, have surgery, and other ways to prevent dying of such diseases. One would assume that people would also protect themselves against COVID-19 in the way they do with those diseases.

“We’ve been in lockdown for more than a month, and cases aren’t declining; social distancing doesn’t work,” is one of the excuses Wen has heard that is often misunderstood by people. In fact, social distancing does work, as evidenced by states likes New York and New Jersey, where people socially distanced and were able to drop their numbers so significantly it has changed the U.S.’s average. The states that haven’t taken it seriously are the ones seeing no decrease in cases.

Finally, one of the things Republicans have said to justify reopening is “we can’t keep the country in lockdown until a vaccine is developed, which could take years.” It’s nothing anyone is actually arguing, but Republicans seem to be justifying a grand reopening by taking it to an illogical extreme.

“Reopening criteria set out by the White House’s own coronavirus task force have not been met. Removing restrictions too soon would have predictably grim results,” explained Wen. “In reopening against public-health guidance, officials and others across the country have effectively decided to give up on trying to contain the coronavirus. This is a dangerous decision that is certain to lead to many preventable deaths. Let’s stop using misleading arguments to justify it.”