Defense secretary has ‘no say’: Purge at the Pentagon begins as Trump moves to ‘replace and remove’ non-loyalists 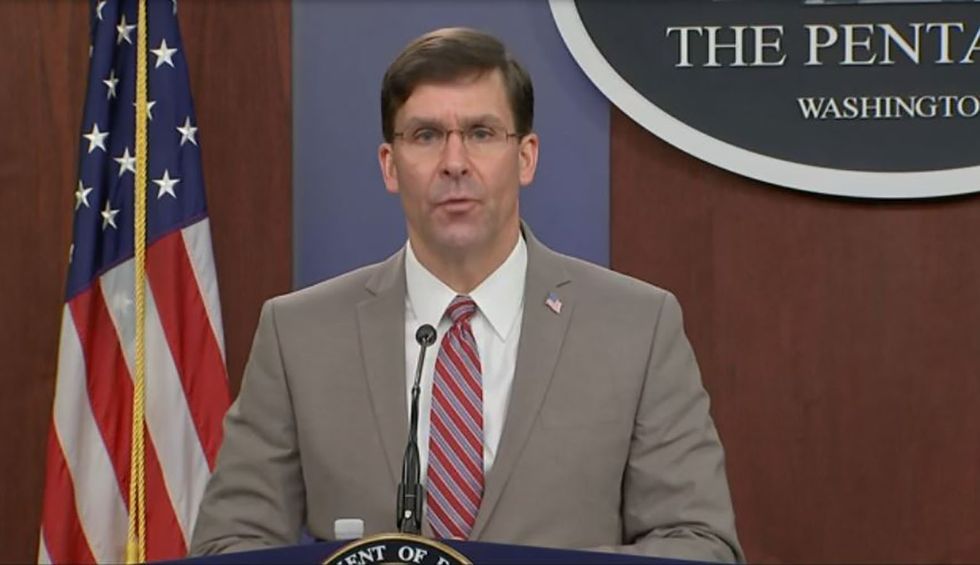 President Donald Trump is expanding his policy of ejecting anyone and everyone who is even remotely perceived as not being fully loyal to him from the White House, and now that strategy is being put in place at agencies across the federal government.

In an exclusive report Foreign Policy reveals that Trump has installed a former top national security aide to Vice President Mike Pence who will oversee the purge of the Pentagon of non-loyalists.

Michael Cutrone “is set to arrive at the Pentagon to serve in a behind-the-scenes role vetting Defense Department officials for loyalty to the president, according to two current administration officials.”

And there’s apparently nothing Pentagon Chief Mark Esper can do about it.

Cutrone “is pushing to replace and remove civilians” in the Office of the Secretary of Defense who “are not aligned with the White House,” one current senior administration official told Foreign Policy. That official added that Defense Secretary Mark Esper “has no say in who the key people are going into senior positions.”

The Trump White House “has looked to put in place more defense officials loyal to the president,” FP notes. Those efforts were “headlined by the reported pick of retired Army Brig. Gen. Anthony Tata as the agency’s top policy official, who caught President Donald Trump’s eye as a Fox News commentator.”

Earlier this year Trump rehired John McEntee, and promoted him to be the new head of the White House Personnel Office. McEntee is Trump’s former body man, but he has been authorized by the President to “purge” anyone not fully embracing Trump’s views. McEntee was previously fired from the White House over a problem related to gambling that apparently led to a security clearance issue.