CNBC's Andrew Ross Sorkin calls out colleague for downplaying coronavirus to 'help' Trump: 'You used and abused your position' 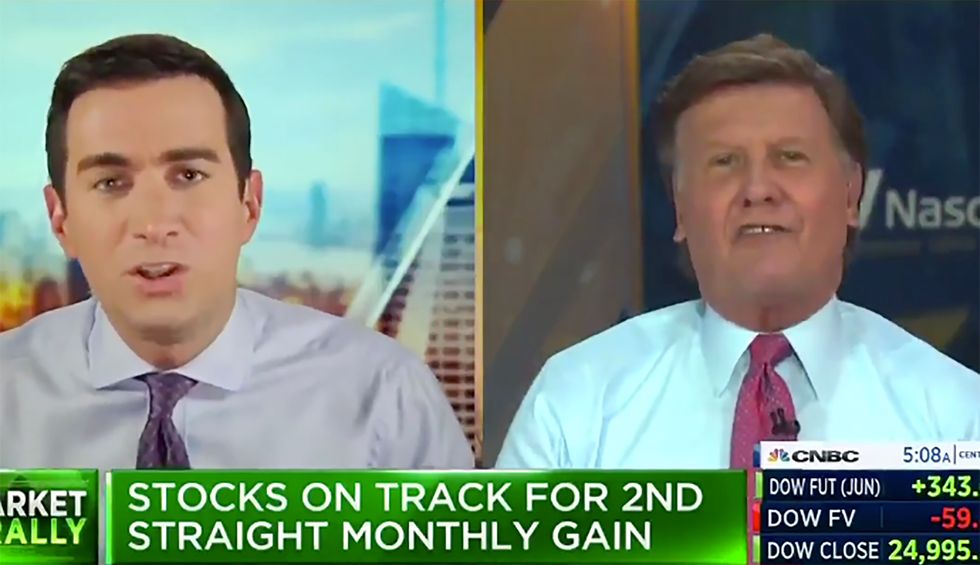 On Wednesday morning, May 27, the United States was moving closer and closer to a grim milestone: 100,000 deaths from coronavirus, according to researchers at Johns Hopkins University in Baltimore. Anchors Andrew Ross Sorkin and Joe Kernan angrily debated this milestone on CNBC’s “Squawk Box” — with Sorkin accusing Kernan of downplaying a tragedy in order to protect President Donald Trump and Kernan accusing Sorkin of blowing things out of proportion.

Twitter users have been praising Sorkin for calling Kernan out. Former U.S. Senate staffer Howard Forman, @theHowie, tweeted, “Kudos @andrewrsorkin for saying out loud what we know is true. There are too many enablers of POTUS whose active & passive actions have led to the deaths of countless lives. THIS WAS avoidable. We will have many more deaths, still. The #JoeKernan's of the world are complicit.” And @ariella_layton posted, “I’m here for the slap heard across the world. Thank you @andrewrsorkin. @JoeSquawk how did that one case of #coronavirius that President Lysol spoke about back in January turn out? #IncompetenceKills.”

@existentialfish @Reign_Maker Thank you @andrewrsorkin for finally telling it like it is. I did not sell stock on m… https://t.co/jKNQVLXQek
— Lynns (@Lynns)1590586428.0