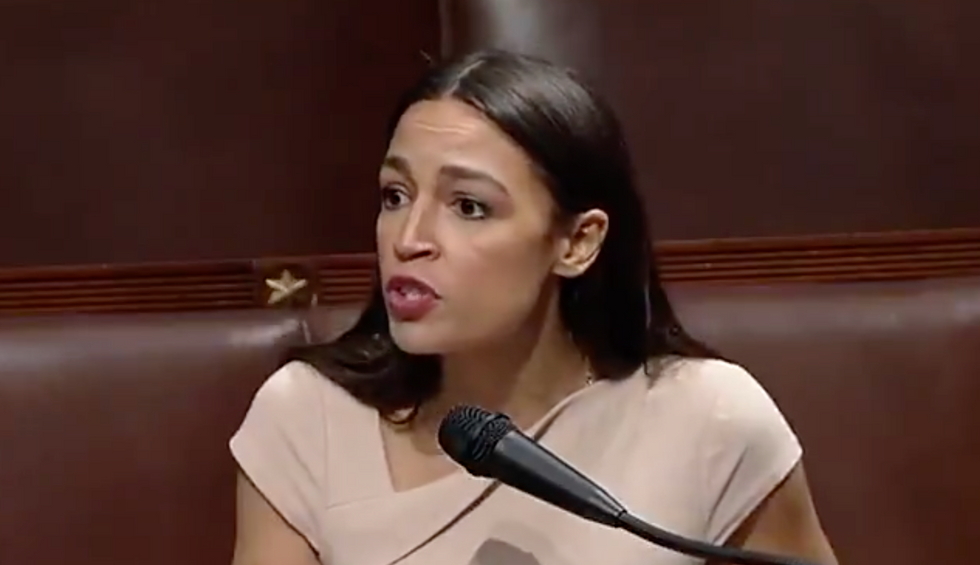 "It certainly seems as though something has happened. I'm not sure," Ocasio-Cortez told NPR's "Morning Edition" of the accusation by Tara Reade, a former Senate staffer for Joe Biden who accused the former vice president of sexually assaulting her in 1993. "Frankly, this is a messy moment, and I think we need to acknowledge that — that it is not clear cut."

"I am saying unequivocally it never ever happened," Biden said during the MSNBC interview, "and it didn't."

The former vice president added, "I don't remember any type of complaint she might have made. It was 27 years ago, and I don't remember. Nor does anyone else that I'm aware of."

Biden's communication director, Kate Bedingfield, released a statement last month saying that the presumptive Democratic nominee "firmly believes that women have a right to be heard — and heard respectfully. Such claims should also be diligently reviewed by an independent press. What is clear about this claim: It is untrue. This absolutely did not happen."

At least seven women have accused Biden of inappropriate touching. Reade initially claimed that Biden "would touch me on the shoulder or hold his hand on my shoulder running his index finger up my neck during a meeting." She later alleged that Biden pushed her up against a wall and digitally penetrated her.

Salon's Amanda Marcotte, who filed an in-depth report on the Reade accusation in March, wrote that "the story of Reade's allegations against Biden shows what can happen when the rigorous standards espoused by mainstream publications are sidestepped for a more credulous and politicized approach. The failure to vet this story methodically and to preemptively address its odder elements opened the door to a whirlwind of conspiracy theories and misinformation."

"What can be said is that Reade's story is credible and compelling in some important ways, and also comes with a number of troubling red flags. For a variety of reasons it has not been taken seriously on a national level, but those reasons do not include a mainstream media conspiracy to protect Joe Biden," she added. "Rather than becoming the subject of serious investigation, this has instead become an occasion for die-hard supporters on both the Sanders and Biden sides to score points on one another online. Actual facts have been supplanted by reckless conspiracy theories spun by enthusiasts of both candidates. Whatever the facts of this case may be, the #MeToo movement deserves better than to be dragged into the sleaze like this."

At least twenty-five women have accused President Donald Trump of varying degrees of sexual misconduct, including allegations of assault and rape.