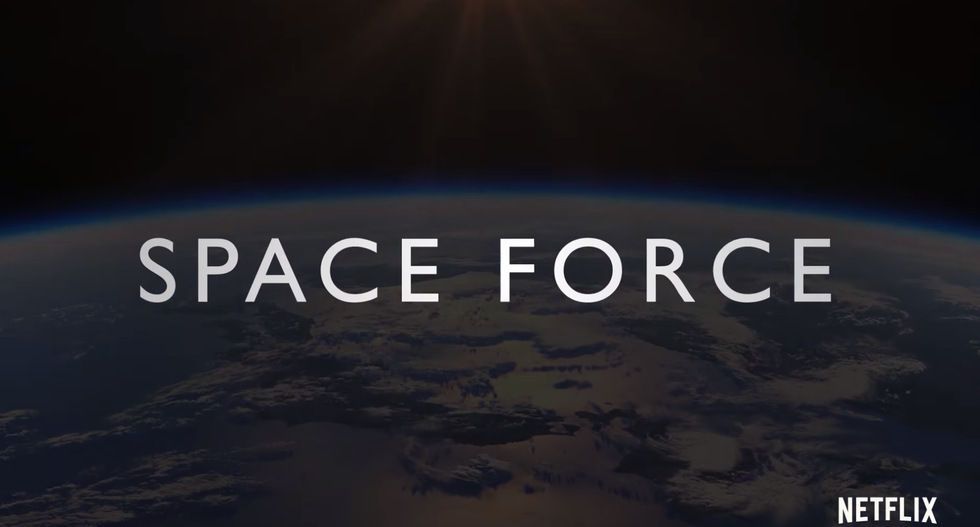 Image via screengrab
Alex Henderson
May 21, 2020

When President Donald Trump proposed that a space force become the sixth branch of the U.S. Armed Forces, he ended up inspiring the upcoming Netflix comedy “Space Force” — which features actor/director Steve Carell as the character Gen. Mark R. Naird. And in a U.S. Air Force museum, someone has carried out a hilarious prank by placing a photo of Carell’s fictional character over a photo of Chief of Space Operations Gen. John W.Raymond.

The prank, according to Military Times reporter J.D. Simkins, occurred at the National Museum of the U.S. Air Force at Wright-Patterson Air Force Base in Dayton, Ohio. And in addition to replacing Raymond’s photo with a photo of Carell as Gen. Naird, the prankster replaced Raymond’s bio with a bio on the fictional “Space Force” character.

The bio reads, “Gen. Mark R. Naird assumed the duties as the first chief of space operations, United States Space Force, on December 20, 2019. The U.S. Space Force is responsible for providing resilient, defendable and affordable space capabilities for the nation and the Joint Force. It is the duty of the U.S. Space Force to protect the interests of the United States in space; deter aggression in, from, and to space; and conduct prompt and sustained space operations.”

The National Museum of the U.S. Air Force, which dates back to 1923, has been temporarily closed because of the coronavirus pandemic. And according to Simkins, it is unclear exactly when the prankster superimposed the “Space Force” material over Raymond’s photo and bio.

Rob Bardua, a spokesman for the museum, told the Military Times that the stunt was “an attempt by museum employees at a creative and humorous prank done while the museum is updating exhibits during the time it is closed as a public health precaution.”