'A cancer on justice in this nation': Demand grows for Barr's resignation — or impeachment — after dropping Flynn charges 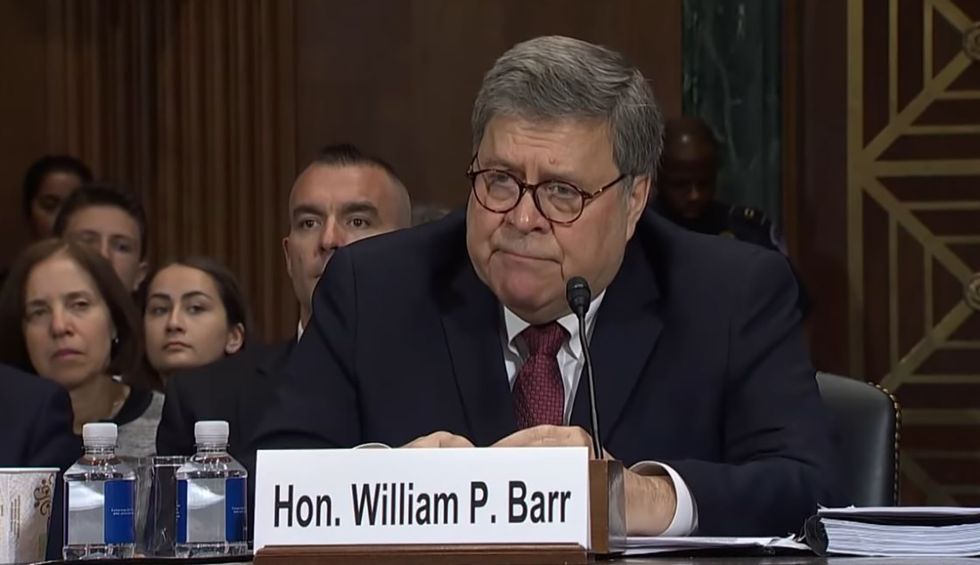 Image via Screengrab.
Jessica Corbett
and
Common Dreams
May 10, 2020 The Right Wing

Fresh demands for the resignation or impeachment of U.S. Attorney General William Barr have started stacking up since the Department of Justice on Thursday dropped its case against former National Security Adviser Michael Flynn, which critics have condemned as a decision designed to politically benefit President Donald Trump.

In a statement Friday, Karen Hobert Flynn, president of the national advocacy group Common Cause, called Barr "a cancer on justice in this nation" and accused him of turning the DOJ "into a political tool of a corrupt presidency."

"Americans expect and deserve an Attorney General who enforces the law impartially," she said, "not one who abuses his office to accommodate the whims of a president who believes he has unlimited power."

The DOJ's decision to drop charges against Flynn, which U.S. Attorney Timothy Shea detailed in a filing Thursday, came after Barr in February installed an outside prosecutor to review the department's case against the former Trump adviser.

In December 2017, Flynn had struck a deal with Special Counsel Robert Mueller, agreeing to plead guilty to lying to the FBI and cooperate with Mueller's Russia investigation. However, Flynn filed a motion to withdraw his plea in January.

Since Barr replaced Jeff Sessions as Trump's attorney general in February 2019, various actions he has taken have prompted government watchdogs groups to call for his removal from office. Hobert Flynn acknowledged that history Friday.

"The unprecedented decision to drop the prosecution of Michael Flynn, despite his guilty plea, is yet another blatant abuse of the powers of his office to cover up the misdeeds and crimes of the Trump administration," she said. "Barr's attempt at a Soviet-style whitewash of the Mueller report and other abuses of his office led Common Cause in December to call on Congress to impeach Attorney General Barr."

"We renew our call to Congress to impeach William Barr before he does irreparable damage to the system of justice in our nation," she added. "We are a nation of laws yet William Barr, the nation's top law enforcement official, has routinely abused the powers of his office to undermine the rule of law for political advantage of the president who appointed him. Congress cannot allow these abuses to stand."

Common Cause was not alone in calling for Barr's ouster over the past day:

William Barr is not the President’s lawyer – he is the country’s lawyer. His political interference is blatantly co… https://t.co/eDlwVGeRWg
— Elizabeth Warren (@Elizabeth Warren) 1588890003

Seeing this Trump crony get a pass for criminal behavior means the politicization of our justice department is near… https://t.co/3gwEXCxuGT
— Bill Pascrell, Jr. (@Bill Pascrell, Jr.) 1588878724

Although House Speaker Nancy Pelosi (D-Calif.) on Thursday denounced the DOJ's decision to drop the case against Flynn "to continue to cover up for the president" and declared that "Attorney General Barr's politicization of justice knows no bounds," she did not incidate whether Democratic leaders in Congress plan to take any action.