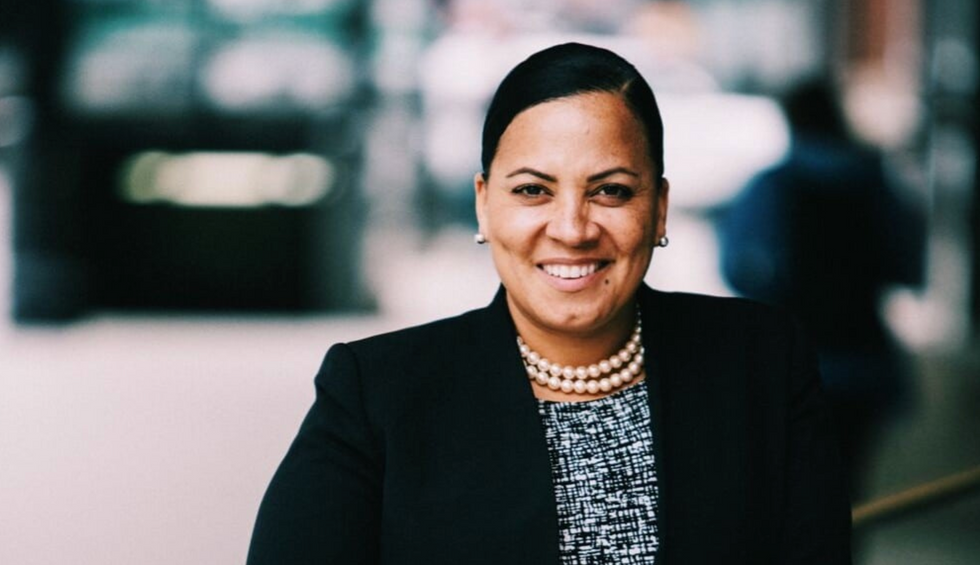 Rachael Rollins is undoubtedly an exciting prosecutor. When she announced during her 2018 campaign to become Boston’s next district attorney that she would no longer prosecute a long list of minor offenses, insiders and casual observers alike saw her election as a watershed moment.

Once elected, President Obama gave Rollins a shout-out, telling a room of college students, “If you are really concerned about how the criminal-justice system treats African-Americans, the best way to protest is to vote. Do what they just did in Philadelphia and Boston and elect state attorneys and district attorneys who are looking at issues in a new light.”

Voters “sent a very clear signal … that our criminal justice system is not working for too many people and it’s time for a change,” newly elected DA Rollins told Christopher Moraff in an interview for Filter. “People recognize that criminalizing poverty, mental illness and addiction doesn’t work. We have a 67 percent recidivism rate and a system that does not treat all people the same—especially the poor, people of color and women.”

As a Black woman law enforcement leader, DA Rollins represents a better future for US criminal justice, subverting the pattern of prosecutors being white men criminalizing Black and Brown bodies. In terms of policy promises, she remains perhaps the most progressive elected local prosecutor in the nation.

But the reality of her administration has been flawed—highlighting both the pressures that weigh against efforts to change the system from within, and just how much further criminal justice reform has to go to mitigate the human toll of mass incarceration.

Rollins, it seems, over-promised on what she was willing or prepared to do once in office. Just five weeks into her tenure, The Appeal reported that Boston line prosecutors were in fact still regularly prosecuting the petty offenses that Rollins had said her administration would not prosecute.

One misstep came earlier this month, when DA Rollins redirected her boldness into a verbal attack on public defenders—the frontline fighters against mass incarceration. Rollins claimed that the Suffolk County public defenders’ office, “overwhelmingly privileged” and white, does not, therefore, care about its predominantly “Black, Brown and poor” clients.

Her remarks ignored several ironies—including that Rollins herself is responsible for throwing these defendants into the justice system in the first place. Privileged in the grand scheme of things public defenders may be, but they are also hugely overburdened with cases and underpaid compared with prosecutors like her. To her credit, Rollins later apologized in a letter to that office.

“As she acknowledged in her letter, such a wholesale indictment of court-appointed lawyers is unfair and factually wrong for the overwhelming majority,” leading racial justice scholar Professor Jody Armour of the University of Southern California Law School told Filter.

“Poor people and minorities—the ones who bear the brunt of our punishment bureaucracy—need justice partners like public defenders and progressive DAs to work together to address their plight,” added Armour, whose father was a “jailhouse lawyer” who litigated his way out of prison. “To effectively work together, partners in the fight for equal justice for all must mutually respect and support one another.”

Rollins’ unguarded remarks are ultimately less significant than the substance of what she is doing in her role—some of which, namely working to whittle down prosecutions for nonviolent, low-level crimes, is undeniably good. But the picture is mixed.

As Boston’s DA, Rollins demanded that William Utley, who stands accused of murder, await his trial while incarcerated at the Suffolk County Jail. Not only was the coronavirus pandemic raging by then, but Utley has leukemia. He insists on his innocence, and his attorney said that Rollins tried to send “an innocent man to his death.” A judge sided with the defense and ruled that Utley can remain at home while awaiting trial.

One real risk of the “progressive prosecutor” movement is inappropriate lionization, which places elected leaders on pedestals beyond rebuke. Thanks to America’s punitive history and a steady stream of law enforcement glamorization shows like Law and Order: SVU, we are used to hailing prosecutors as heroes for just doing their jobs with a modicum of fairness.

But prosecutors, even those branded as progressive, do not typically ascend to the top jobs without first gaining a track record that any criminal justice reformer would find objectionable. This sets them apart from public defenders like those Rollins maligned.

DA Rollins certainly has such a history. As a federal prosecutor under former US Attorney Carmen Ortiz, the same prosecutor responsible for the death of Aaron Swartz, Rollins argued that Raul Musquiz, a Massachusetts prisoner diagnosed with several serious medical conditions who was serving 14 years for marijuana, did not deserve to be transferred to a federal prison closer to his family in Texas. The reason? The US Bureau of Prisons deemed him too sick to go, according to an inflexible and inhumane set of guidelines that does not permit incarcerated people to die with dignity.

Even President Trump signed the First Step Act, which mandated that federal prisoners serve their sentences within 500 driving miles of their loved ones. It is true that Rollins may have had little choice on how to handle the case—Ortiz was the shot-caller. She did, however, choose to remain in the job.

We are so used to prosecutors acting cruelly that we must resist overflowing with gratitude when they make concessions that should simply be the norm. A severe danger of the “progressive prosecutor” wave is that it does not challenge, and perhaps inflates, our culture of law enforcement worship.  An ensuing risk is that prosecutorial personalities reach unchallengeable public support despite significantly failing to live up to their reputations. This actually entrenches repressive, carceral power.

Working within reality, progressives must strike a balance. Rachel Rollins is undoubtedly a better prosecutor than almost all of her peers, and a better option for Boston than the current realistic alternatives. Her achievements are real, and to say that all prosecutors are the same, or that prosecutor campaigns are not worth fighting, would abdicate our responsibility to the marginalized people whose lives are directly impacted by such improvements.

But progressives must not be afraid to keep their favored prosecutors in check. If progressives do not hold them to the highest standards, there is nothing to keep them from backsliding on reforms and promises—since the resistance progressive prosecutors get from external law enforcement partners is always an extreme pressure in the opposite direction.

This vigilance matters for the whole country. If elected prosecutors like Rollins receive no criticism while never facing credible opposition candidates, there may be little to stop the prosecutorial frame of mind from shaping not just prosecutor politics, but all politics.

To imagine that Amy Klobuchar and Kamala Harris were the last prosecutor-for-president candidates would be naive. It is the progressive prosecutor wave that has made prosecutors more acceptable to the political left. This meant that what should have been political vulnerabilities to Klobuchar and Harris—records of abysmal race relations and over-prosecuting vulnerable people, respectively—were significantly overlooked.

None of this is to say that reform-minded prosecutors should never be praised. Considering how they get battered by highly conservative law enforcement interests all the time, they need support to continue to exist.

Instead, think of it this way. Having some former military generals advising the leader of a country is wise. But involve too many, regardless of how open-minded they may seem to be, and a presidential administration starts to look and act like a military junta.

Even the most progressive prosecutor must engage with a specific set of ideological values and preferences when stepping into the office every day. Few human beings are immune to the beliefs and norms of their peers. Even the best prosecutors prioritize abstract notions of safety and order when these are always at tension with human rights. Welcome the improvements they bring, but stay alert.