Why this state attorney should release her 'dishonest cops' list 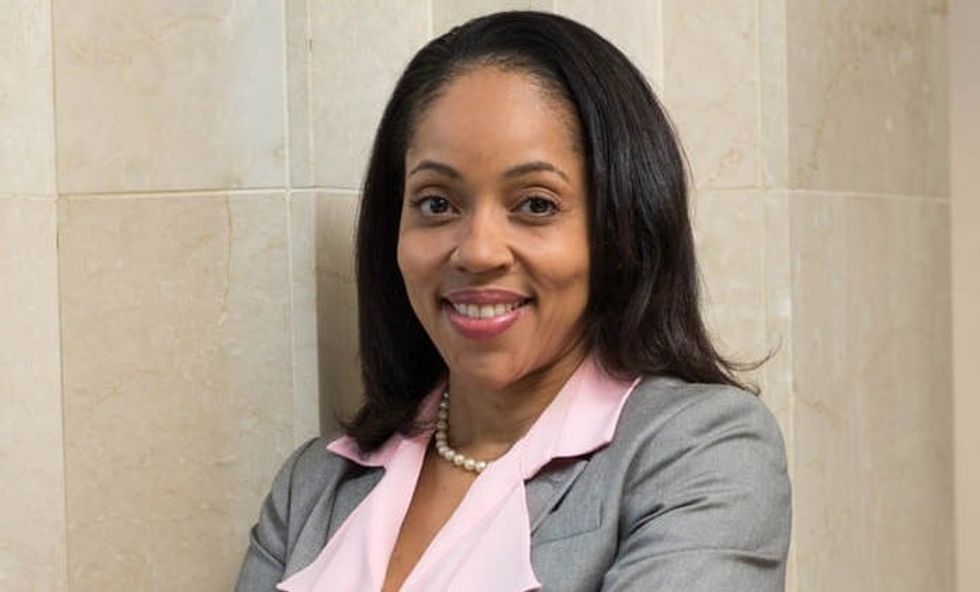 Aramis Ayala, the chief prosecutor of Orlando and the first Black state attorney in Florida, is an unexpected civil rights icon. Elected to the Ninth Judicial Circuit in 2016, she quickly promised to never seek the death penalty, due to concerns that it is racist and often the result of prosecutorial misconduct. She did so in the context of an announcement about the terrible case of a man who murdered his pregnant girlfriend and a police officer. Principles are principles, even when they are hard.

Senator Rick Scott (R), then Florida’s Governor, subsequently took away all her pending first-degree murder cases, and his decision was upheld as legal by the Florida Supreme Court. Ayala has since opted not to run for re-election in 2020.

Ayala owes no love to the Governor’s office, the courts or the Orlando Police Department. Since she took office, they have made her life extremely difficult. When she was sent nooses and death threats, nothing happened to the perpetrators. She was stopped without cause by police as she was travelling home from an event at Florida Agricultural and Mechanical University’s School of Law, a historically Black university. Many agree that Ayala was racially profiled.

Citing State Attorney Ayala’s situation, Florida State Senator and then-Chairman of the Florida Legislative Black Caucus wrote in 2017, “We have worked too hard and sacrificed too much to be treated like the help”—arguably, Ayala was treated even worse.

Recently, toward the end of her tenure, the public has learned that Ayala has compiled a secret list of allegedly dishonest cops whom her office refuses to have to testify in criminal cases. She should make that list public.

Most prosecutors are presumed to have such a “lying cops” list, though most wouldn’t publicly call it that for fear of reprisal from the police unions. This is due to a line of court cases, starting with the Supreme Court decision in Brady v. Maryland (1963). Brady and its progeny require that prosecutors deliver any evidence of a suspect’s potential innocence to defense attorneys. If a cop known to lie is going to be put on the witness stand, then the defense is legally entitled to know that leading up to trial. Americans should be grateful that we do not have kangaroo courts, and that only real evidence (at least, in theory) is respected.

But Ayala is not most prosecutors. In a state that loves executing people, she stood firm against the barbaric practice, even when that cost her politically. She is a member of the “progressive prosecutor” movement, having defeated a conservative Democrat with the help of over a million dollars from George Soros. Since she will presumably no longer be a prosecutor after 2020, she will soon have nothing to lose in terms of her relationship with the police.

Even if Ayala plans to run for Congress or governor, the stark reality is that polling from Police Magazine shows that 84 percent of police officers voted for President Trump in 2016. She will not get their support anyway. For progressive Democrats and many Black leaders, Ayala has become a national icon.

A prosecutor releasing her Brady list would simply bring transparency to the world outside the courtroom, as police officers only end up on such a list when their contradictory testimony has already put real criminal cases in peril. As for lawsuits, it appears that courts are willing to hold that the due process clause of the constitution stands above police union complaints.

The prospects for Orlando’s criminal justice system are far worse than those of its outgoing state attorney. With Ayala out of the running for re-election this year, there is a strong likelihood that veteran homicide prosecutor Ryan Williams—who fled from the Ninth to Ocala State Attorney Brad King’s Fifth Judicial Circuit office immediately after Ayala’s famous announcement so he could continue seeking the death penalty—will become the next state attorney.

As a prosecutor who handles high-profile trials, Williams has substantial name recognition and tough-on-crime credentials in a community where the mainstream seems to appreciate that, despite an overwhelming Democratic Party advantage in voter registration rolls.

Ayala’s chief deputy, Deborah Barra, is also running, but it is hard to imagine her gaining much traction given the apparent local outrage about Ayala’s tenure. Even if Barra could pull it off, she is running on more punitive rhetoric than Ayala did, suggesting a move away from decarceration and criminal justice reform.

Progressive prosecutors like Larry Krasner in Philadelphia have released their Brady lists and continue to prosecute unabated. As District Attorney Krasner has explained, “We have 6,500 active police officers and we have a much, much smaller number in that database. The real effect of this is to elevate all the ones who aren’t a problem.”

This is good thinking. Bad cops besmirch entire departments and lead to a lack of community trust in the police. No amount of activists’ protests will change the minds of errant officers; only the wider public knowing who these cops are will lead to their likely firing from the force, due to media pressure on the prosecutors and courts. Releasing the names is the clearest currently available route to police accountability.

The Orlando police union and many individual officers will probably loathe State Attorney Ayala and what she stands for, no matter how much time passes or what she does next. Whoever succeeds Ayala will likely pander to the local police, as normal—a Brady list would never see the light of day.

Releasing the list is Ayala’s best chance to ensure that all the progress she has fought for is not erased next year. There is simply no good reason for her not to take this opportunity.