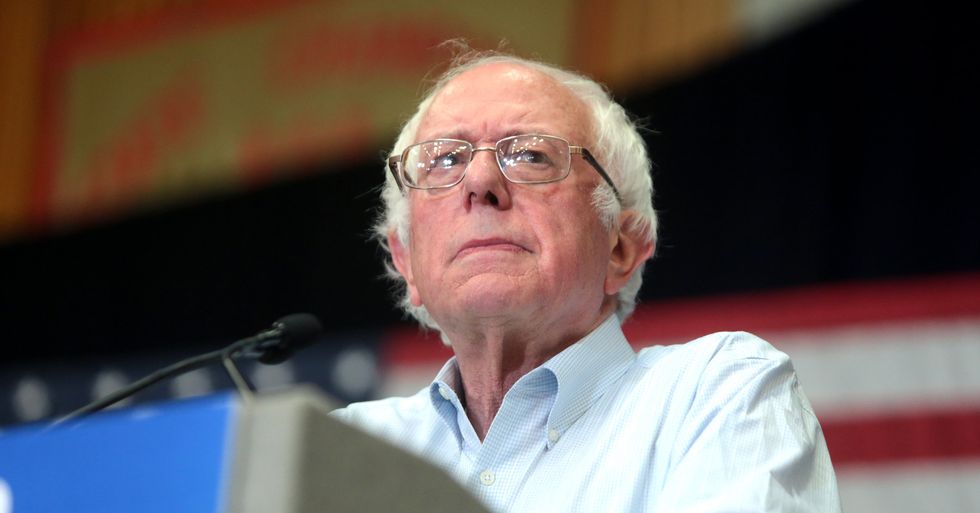 This week, soon after Bernie Sanders suspended his campaign, one of its most effective message-crafters summed up a vital challenge ahead. “The best hope to defeat Trump is to positively and constructively motivate a large Democratic turnout,” David Sirota wrote. “The best way to do that is to show progressive voters they are actually valued, rather than taken for granted. And the best way to show them that they are valued is to actually embrace an agenda that they want.”

Progressives should never stop fighting for policies that truly represent our values. And activists, unlike even the best politicians, can avoid the pitfalls of making diplomatic statements that aren’t true.

Ironically, at this historic juncture, Biden—a longtime eager corporate tool—is now the only electoral implement available to progressives for preventing the re-election of Trump. At this point, there’s simply no other plausible way to prevent this monstrous president from winning a second term.

And so, in an interview with The Associated Press on Tuesday, Bernie spelled out a choice: “Do we be as active as we can in electing Joe Biden and doing everything we can to move Joe and his campaign in a more progressive direction? Or do we choose to sit it out and allow the most dangerous president in modern American history to get re-elected?”

Bernie started this week by endorsing Biden in an awkward video duet with the presumptive nominee. Symbolically, if not intentionally, when the video went to full screen while Bernie spoke, one object was clearly visible behind him—a chessboard.

There are reasons to criticize some of Bernie’s recent tactical moves. (I wish he hadn’t suspended his campaign before the end of primary voting.) But, looking ahead, he’s being sensible about current political realities.

Crucially in swing states, Trump can only be defeated by votes for the Democratic presidential nominee, who’s now virtually certain to be Biden, and there’s no point in pretending otherwise. Magical thinking might be a wondrous literary device, but it’s useless—or worse—in politics.

“We had a contentious campaign,” Bernie told AP as he noted differences with Biden. “We disagree on issues. But my job now is to not only rally my supporters, but to do everything I can to bring the party together to see that (Trump) is not elected president.”

(A bit paradoxically, Bernie said that he’s hoping people will vote for him in the 20 or so states that have upcoming primaries—so that there’ll be more Sanders delegates for the Democratic National Convention in August. More of those delegates will increase progressive leverage when the convention adopts a platform and sets future party rules.)

If anyone thinks it doesn’t matter much whether Trump is re-elected, they’re living in some kind of bubble. To those outside of such a soundproof bubble, Bernie is now sending an unequivocal message: “I believe that it’s irresponsible for anybody to say, ‘Well, I disagree with Joe Biden—I disagree with Joe Biden!—and therefore I’m not going to be involved.’”

Bernie Sanders is saying that progressives have a profound responsibility to fight against—and oust—the extreme right-wing forces that have gained control of the U.S. government’s executive branch and, increasingly, the federal judiciary. Of course, in political terms, progressives wish that we were in a very different place. But this is where we are.