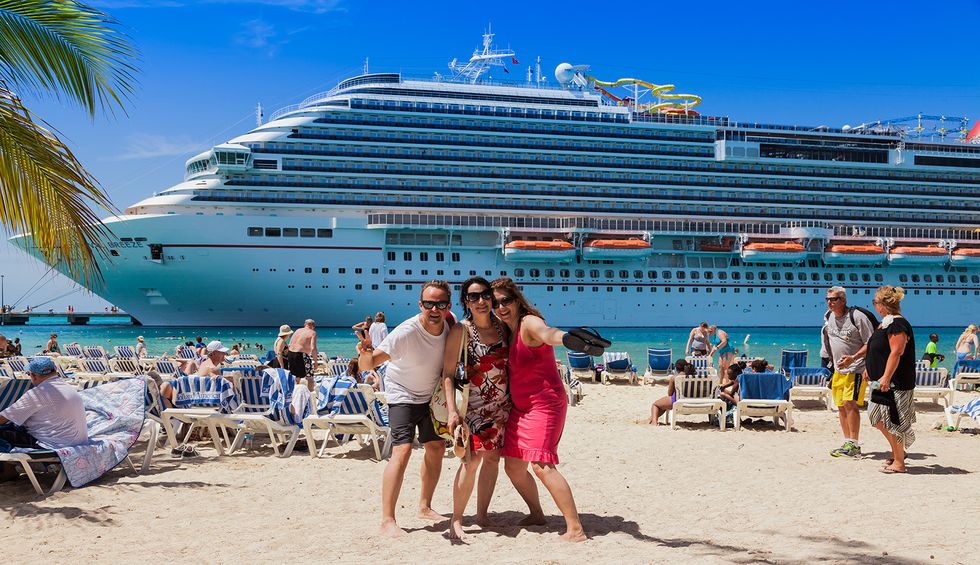 Carnival Cruise Line, after “missing out” on the original set of big business bailouts, is going to get some of that American taxpayer money. Turns out Carnival Corporation was never missing out on any of the scam spending by Trump and Mnuchin and our country’s federal reserves. The Wall Street Journal reports that the Fed’s March push to throw tons of money into the markets was a nice way of bailing out Carnival by creating a cheap lending market to move the failing company’s debt around.

According to WSJ, the cruise line company was dead in the water when it began looking to borrow billions in high-interest loans. They found a crew of hedge funds (called “the consortium”) willing to offer up $4 billion to $6 billion at “an annual interest rate exceeding 15% and potentially give the lenders a stake in the company.” But when the Fed entered, offering up billions that now included “loans to companies with investment-grade ratings as well as purchases of their bonds,” Carnival, and others, were able to lower those interest rates and grab a ton of taxpayer money by way of lender investment.

Trump made it clear weeks ago that if you were a business buddy or sponsor of the Donald Trump experience in any way, he was going to get you some bailout money. Not you dumb MAGA-hat-wearing idiots. No, the people getting bailout money don’t wear trashy propaganda produced by a fake billionaire con man. They wear their own trashy propaganda and Trump jumps as high as they tell him. And the Senate made it clear in the first coronavirus stimulus package that they had no interest in letting anyone know how they were going to spend $450 billion in corporate bailout money.

On his business news show today, CNBC’s Jim Cramer—not known for being a wide-eyed socialist—called the bailout of Carnival Cruise Line a “disgrace,” explaining that if the government is arguing it has a finite amount of resources for bailing out our economic engines of business, why would someone give money to a failure of a cruise ship business? Asking out loud what the logic was, Cramer wondered if big bailouts from the Federal Reserve were “limited to companies run by Micky Arison.”

How in the hell does Carnival, a cruise ship company that pays virtually no federal income taxes, receive a bailout… https://t.co/ZABK9IlXeN
— Bernie Sanders (@Bernie Sanders)1587997345.0

Arison is the chairperson of the Carnival Corporation and a longtime sponsor of Donald Trump’s career. After all of this bailout talk, Fortune reports that the “Miami-based” but Panama-incorporated company has no plans to come back to America and, you know, pay some taxes. Why should they when they’re already getting the “America First” treatment?