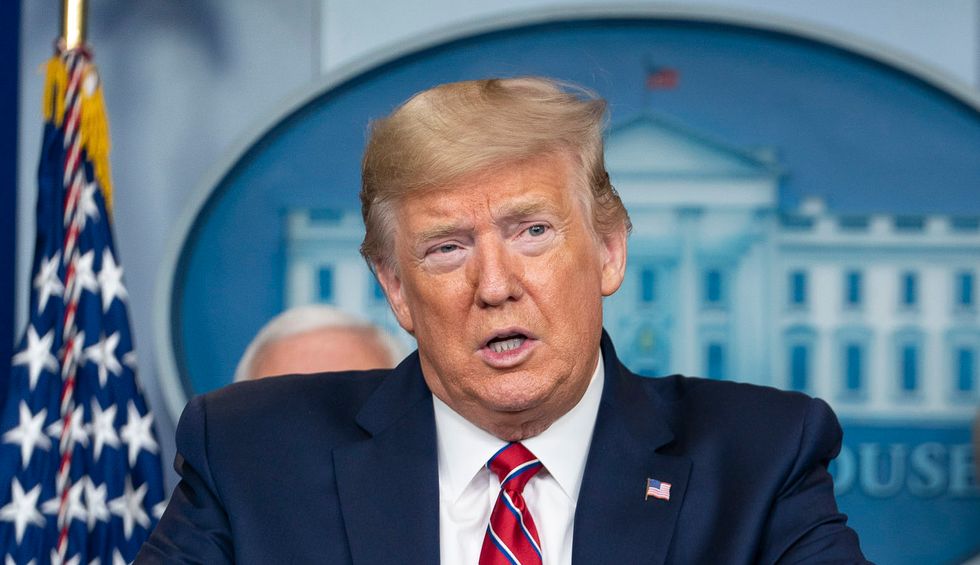 During a Coronavirus Task Force briefing late Thursday following news that 10 million Americans filed jobless claims over just a two-week period last month, President Donald Trump downplayed the intensifying economic downturn as "an artificial closing" and insisted that businesses like restaurants will be "bigger and better" than before once the COVID-19 crisis subsides.

"It's not like we have a massive recession or worse. It's artificial because we turned it off," Trump said, drawing a distinction that makes no difference to those who have lost their jobs—as well as employer-provided health insurance—or seen their hours drastically cut due to the crisis.

"Oh thank God, for a second I thought I was actually unemployed and not just artificially unemployed," one Twitter user quipped in response to the president's comments.

Amid widespread criticism that the federal government's economic stimulus and relief efforts have been far too slow and inadequate, Trump said "we will probably do more."

Trump's message to the 6 million people who filed unemployments claims in the last week is that "it's an artificial… https://t.co/nIHTueejwN
— Aaron Rupar (@Aaron Rupar)1585870835.0

"This kind of upending of the labor market in such a short time is unheard of," wrote Heidi Shierholz of the Economic Policy Institute. "Given the incredible deterioration of the labor market in a matter of weeks, federal policymakers will absolutely need to come back and provide more desperately needed relief, and more support for the recovery once the lockdown is over."

Correction: This article initially listed the incorrect author for this article.