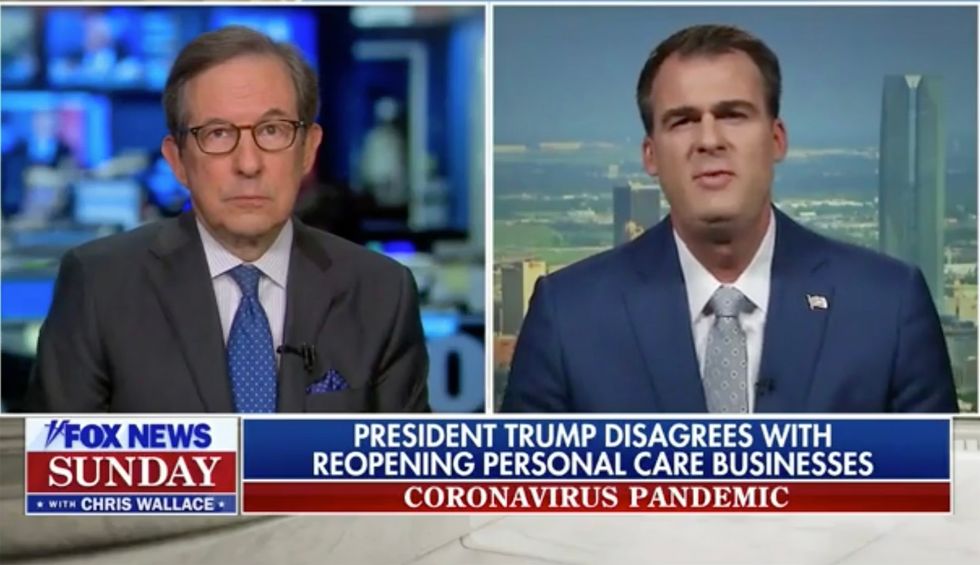 Oklahoma Gov. Kevin Stitt (R) humiliated himself on national television when he was asked about the Oklahoma Medical Association opposing his state reopening.

During a Fox News appearance Sunday, Still claimed that reopening the state, starting with personal care services like salons, was a brilliant idea. He claimed that hospitalizations in the state “peaked on March 30.” However, he seems to be unaware that the greatest increase in reported COVID-19 cases came just five days before his appearance.

Fox News host Chris Wallace asked Stitt about a recent comment warning against the reopening from experts in his state.

“Even without widespread testing, Oklahoma has seen an ongoing growth in the number of cases, hospitalizations, and deaths in the past week alone,” said the president of the Oklahoma State Medical Association.

Blindsided, Stitt replied, “I don’t know exactly who that is.”

Watch the moment below: