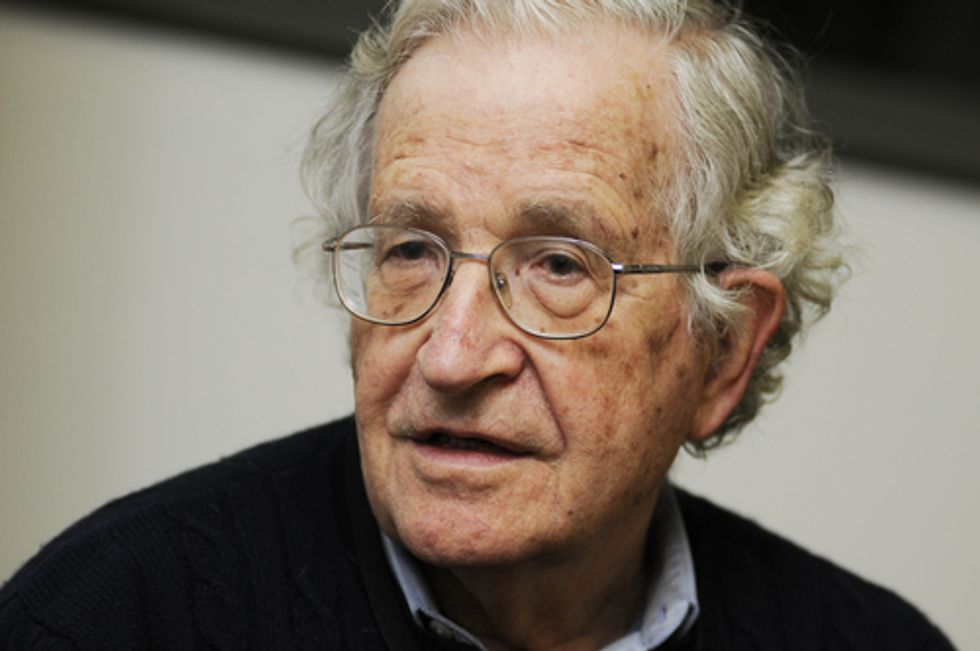 In a new interview, world-renowned political dissident, linguist and author Noam Chomsky reflects on the significance of the Bernie Sanders campaign, calling it “an extraordinary success” that “completely shifted the arena of debate and discussion” in the United States.

AMY GOODMAN: Before we go to break, on Wednesday, just before Bernie Sanders announced, but it did look like he was about to pull out of the presidential race, I asked political dissident, linguist and author Noam Chomsky about his assessment of the Bernie Sanders campaign in this time of the coronavirus pandemic.

NOAM CHOMSKY: If Trump is reelected, it’s a indescribable disaster. It means that the policies of the past four years, which have been extremely destructive to the American population, to the world, will be continued and probably accelerated. What this is going to mean for health is bad enough. I just mentioned the Lancet figures. It will get worse. What this means for the environment or the threat of nuclear war, which no one is talking about but is extremely serious, is indescribable.

Suppose Biden is elected. I would anticipate it would be essentially a continuation of Obama — nothing very great, but at least not totally destructive, and opportunities for an organized public to change what is being done, to impose pressures.

It’s common to say now that the Sanders campaign failed. I think that’s a mistake. I think it was an extraordinary success, completely shifted the arena of debate and discussion. Issues that were unthinkable a couple years ago are now right in the middle of attention.

The worst crime he committed, in the eyes of the establishment, is not the policy he’s proposing; it’s the fact that he was able to inspire popular movements, which had already been developing — Occupy, Black Lives Matter, many others — and turn them into an activist movement, which doesn’t just show up every couple years to push a leader and then go home, but applies constant pressure, constant activism and so on. That could affect a Biden administration.