Matt Gaetz calls for removal of ‘corrupt’ fellow GOP lawmaker: ‘A pattern is being revealed’ 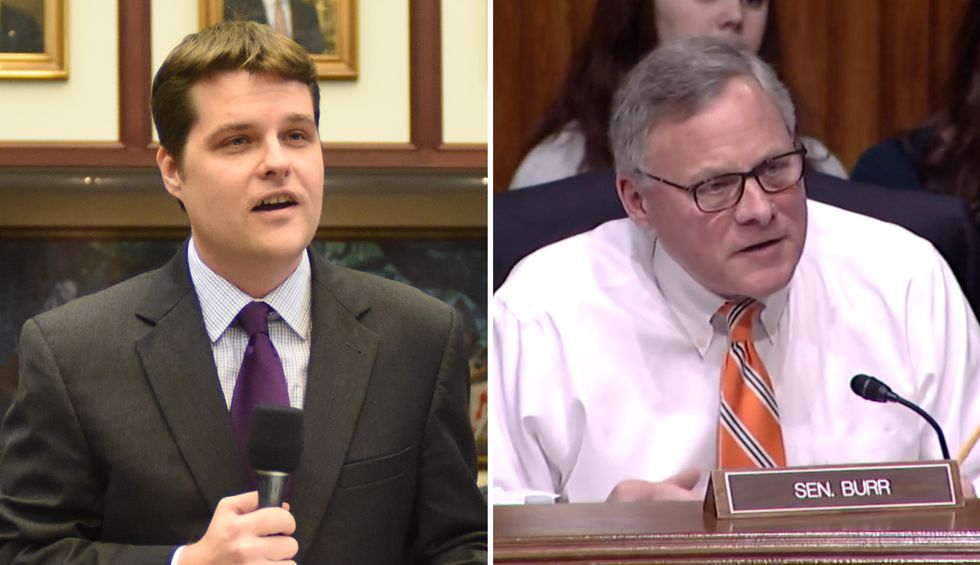 New reporting from ProPublica shows that Burr sold his house in Washington, D.C. for over $100,000 more than its county assessed value to a lobbyist who had business before his committee — without listing it publicly.

The news comes weeks after Burr was reported to have sold stocks in coronavirus-affected companies while receiving classified Senate briefings on the coronavirus threat — for which he is currently facing a Justice Department investigation and a securities fraud lawsuit from a fellow shareholder.

Gaetz has consistently argued Burr should be stripped of committee assignments since the original news broke, at one point sharply criticizing Senate Majority Leader Mitch McConnell (R-KY) for not taking action against him.