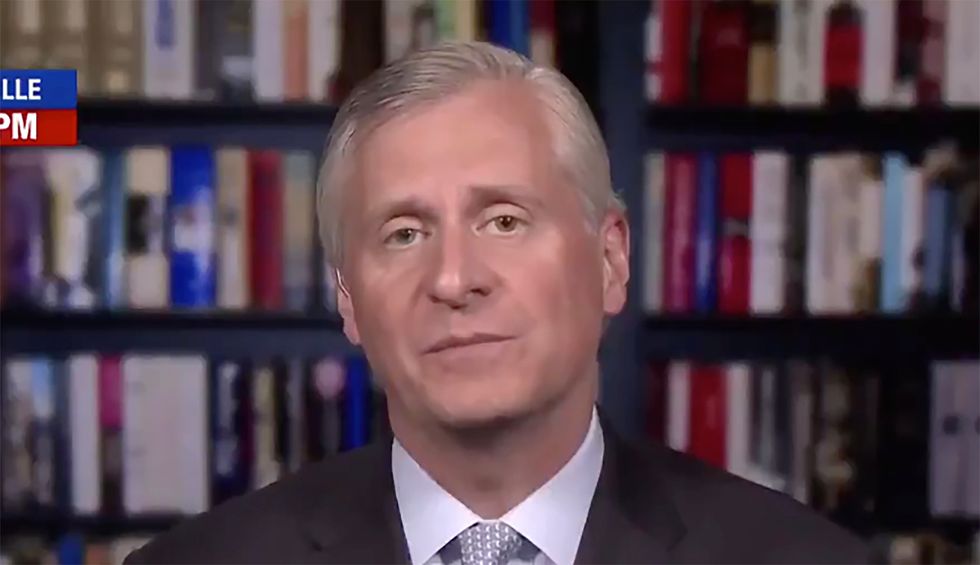 As the death toll from the coronavirus pandemic continues to soar in the United States, Americans are getting a demonstration of President Donald Trump’s ability to respond to a major crisis — and according to presidential historian Jon Meacham, Trump has failed from both an “empathy” standpoint and a competence standpoint. Meacham has analyzed Trump’s coronavirus response during two appearances on MSNBC this week: a Monday night appearance on “The 11th Hour,” followed by a Tuesday morning appearance on “Morning Joe.” And he weighed in on how Trump, during a crisis, compares to presidents of the past.

On “The 11th Hour,” Meacham told host Brian Williams that one of Trump’s failures during the pandemic has been an inability to express genuine empathy the way that President Lyndon B. Johnson expressed genuine empathy in response to Hurricane Betsy in the 1960s when he said, “I am your president, and I’m here to help.” Meacham lamented Trump’s inability to become a sympathetic figure during the pandemic, telling Williams, “We can’t normalize what is fundamentally a mad dysfunctional kingship.”

The following morning, Meacham defended two U.S. presidents of the past who faced a major crisis — Democrat Franklin Delano Roosevelt with Pearl Harbor and Republican George W. Bush with 9/11 — and explained why it’s unfair to compare either of them to Trump with coronavirus.

An argument that has been used against Trump during the coronavirus pandemic was also used against President George W. Bush following the terrorist attacks of September 11, 2001 and against President Franklin Delano Roosevelt following the Japanese military’s attack on Pearl Harbor on December 7, 1941: he should have seen it coming. But Meacham, on “Morning Joe,” explained why it is unfair to blame Bush for 9/11 or FDR for Pearl Harbor but quite fair to attack Trump’s response to coronavirus: 9/11 and Pearl Harbor were “singular events,” whereas coronavirus was a crisis that grew worse and worse while Trump ignored warning after warning.

Back in January and February, Trump downplayed the severity of coronavirus —insisting that it didn’t pose a major threat to the United States. He was dead wrong, of course: according to researchers at John Hopkins University in Baltimore, COVID-19 had killed more than 56,200 people in the U.S. as of early Tuesday morning, April 28. Worldwide, the staggering death toll stood at 211,894.

In January and February, Meacham told “Morning Joe” hosts Joe Scarborough and Mika Brzezinski, coronavirus was an “unfolding crisis” that Trump was warned about repeatedly. And Trump’s “refusal to accept a fact,” according to Meacham, was an “adolescent response.”