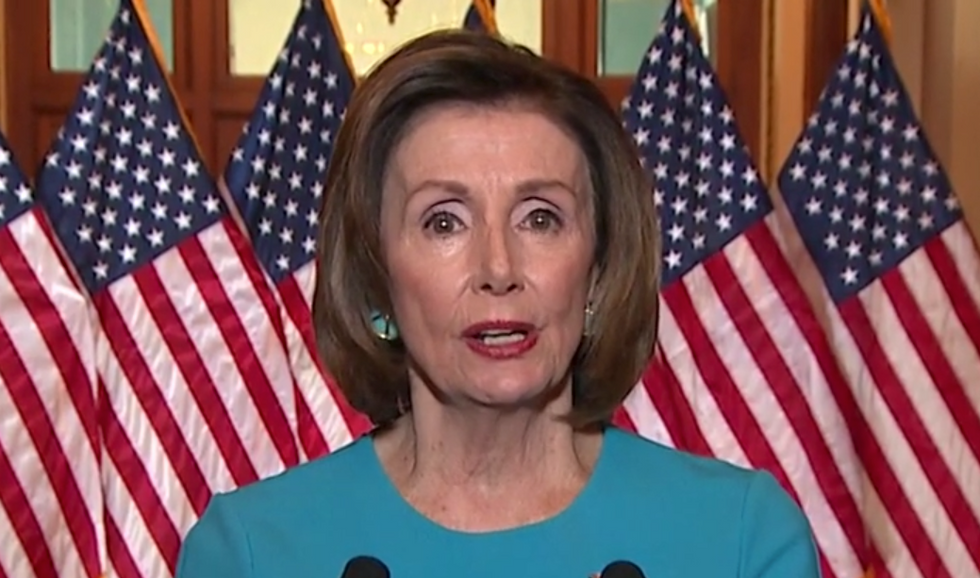 Speaking on MSNBC this morning, House Speaker Nancy Pelosi addressed President Trump's advocacy for unproven coronavirus treatments, specifically drugs like Hydroxychloroquine, adding that not only is Trump pushing for these drugs, he's also pushing for the agencies in charge of approving medical treatments to approve "what the administration wants rather than what science demands."

"But nonetheless ... let's just go forward," Pelosi said. "Let's say that what we're doing legislatively that we will provide the resources for our health services and the rest to meet the needs of the American people, for our scientists to quickly, as soon as possible, find a vaccine, hopefully a cure even sooner than that, and that we will make sure there is integrity in how it is developed and integrity in how it's distributed. That doesn't exist right now according to what we're seeing from the White House."

Host Andrea Mitchell then mentioned how a high profile vaccine researcher was allegedly removed from his government post for questioning the wisdom of Trump's push for unproven treatments.

"When he takes scientists out because they're not quickly giving approvals to his preferred choice of medicines, it's beyond me," Pelosi said. "That is a danger to our system. Efficacy and safety, they're the hallmarks of how a drug is proved and [moved] forward. We have seen that some things [Trump] has recommended have not been safe while he was recommending them. That's very sad."