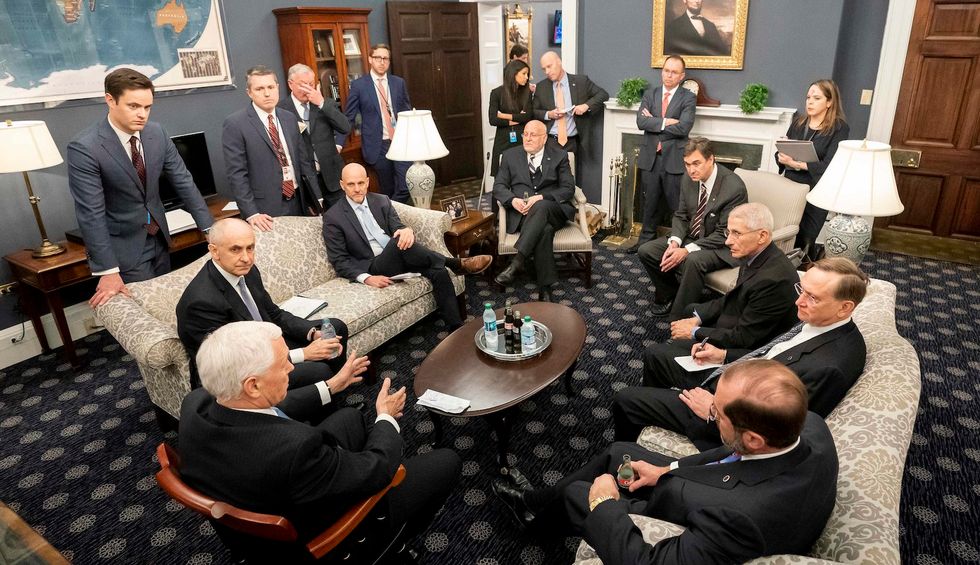 Appearing on MSNBC’s “AM Joy,” an emergency room doctor hammered Donald Trump for undercutting health officials who have been stating the country has a long way to go before coming out of quarantine and said the president’s actions are “criminal” and will get people killed.

Speaking remotely, Dr. Robert Davidson expressed dismay at the president’s claim that testing will not be necessary for everyone in the country and that the quarantine should end as soon as possible.

The ER doc from hard-hit Michigan explained that fans of the president will suffer if they listen to him and not health officials.

“He said we don’t need a nationwide testing system. It would be nice, but we don’t need it,” said host Reid quoting the president.

“I just worked last night in a rural ER in Michigan and admitted two very sick patients with COVID-19, and sent home another three or four without testing because they didn’t fit the criteria,” Davidson began. “We still don’t know. I think there is no way on earth we can do this safely without massive testing, without anti-body testing.”

“Our governor [Democrat Gretchen Whitmer] just re-upped our shelter in place order to the end of April,” he continued. “The state House leader and state Senate leader who are Republicans here attacked her on social media. Now we have 200,000 people in a Facebook group who are coming out against this quarantine and are organizing a march in Lansing. The last thing we need, a month from now, the people from that march will start showing up in hospitals and add to the statistics, and it is just criminal that the president isn’t leading on this.”