Is Trump’s pathological narcissism dooming him to become the ‘worst president in US history’? 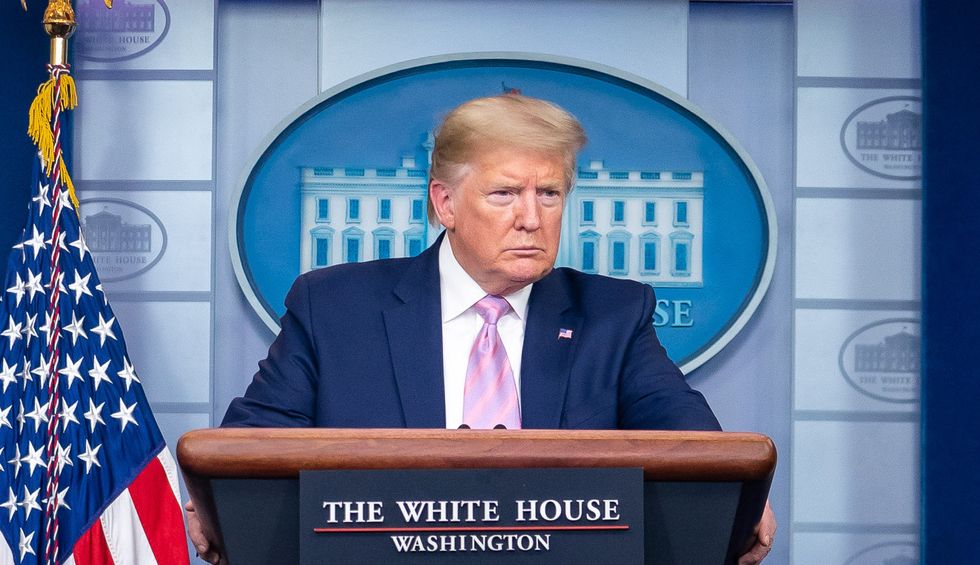 According to the John Hopkins University in Baltimore, more than 10,000 residents of the United States have died from coronavirus. Many critics of President Donald Trump haven’t been shy about pointing out that back in January, February, and much of March, he downplayed the severity of COVID-19 and insisted that it didn’t pose a major threat to Americans. Two notable anti-Trump opinion writers took the president to task for his response to the pandemic in their recent columns: Jennifer Senior for the New York Times, and conservative Max Boot for the Washington Post.

Trump’s abysmal response to the pandemic, according to Senior, stems from his “narcissistic” personality and a tendency to “harbor skyscraping delusions” about his “own capabilities.”

“What that means, during this pandemic: Trump says we’ve got plenty of tests available, when we don’t,” Senior explains. “He declares that Google is building a comprehensive drive-through testing website, when it isn’t. He sends a Navy hospital ship to New York, and it proves little more than an excuse for a campaign commercial — arriving and sitting almost empty in the Hudson. A New York hospital executive calls it a joke.”

Senior adds that another trait of a “narcissistic” personality like Trump is an “ego” that is “delicate” and suffering from “extreme fragility.”

“What that means, during this pandemic: narcissistic leaders never have, as Trump likes to say, the best people,” Senior writes. “They have galleries of sycophants. With the exceptions of Drs. Anthony Fauci and Deborah Birx, Trump has surrounded himself with a Z-team of dangerously inexperienced toadies and flunkies — the bargain-bin rejects from Filene’s Basement — at a time when we require the brightest and most imaginative minds in the country.”

Boot, in his Post column, notes that as recently as March 12, he was describing Trump as “the worst president in modern times.” But Boot has since reevaluated that view and decided that Trump is even worse than that.

“With his catastrophic mishandling of the coronavirus,” Boot writes, “Trump has established himself as the worst president in U.S. history.”

In January and February, Boot notes, Trump repeatedly ignored warnings that COVID-19 had the potential to become a full-fledged global pandemic.

The conservative columnist asserts, “The situation is so dire, it is hard to wrap your mind around it” — noting that the pandemic brought almost 10 million unemployment claims in only two weeks and that the “human carnage,” according to estimates, could include 100,000 or more deaths of U.S. residents. Boot also notes that on February 26, Trump predicted that the outbreak would be “down to close to zero” in the U.S.

“The coronavirus is the most foreseeable catastrophe in U.S. history,” Boot stresses. “The warnings about the Pearl Harbor and 9/11 attacks were obvious only in retrospect. This time, it didn’t require any top-secret intelligence to see what was coming. The alarm was sounded in January by experts in the media and by leading Democrats, including presumptive presidential nominee Joe Biden.”

Boot adds, “Government officials were delivering similar warnings directly to Trump. A team of Post reporters wrote on Saturday, ‘The Trump administration received its first formal notification of the outbreak of the coronavirus in China on January 3. Within days, U.S. spy agencies were signaling the seriousness of the threat to Trump by including a warning about the coronavirus — the first of many — in the president’s daily brief.’ But Trump wasn’t listening.”