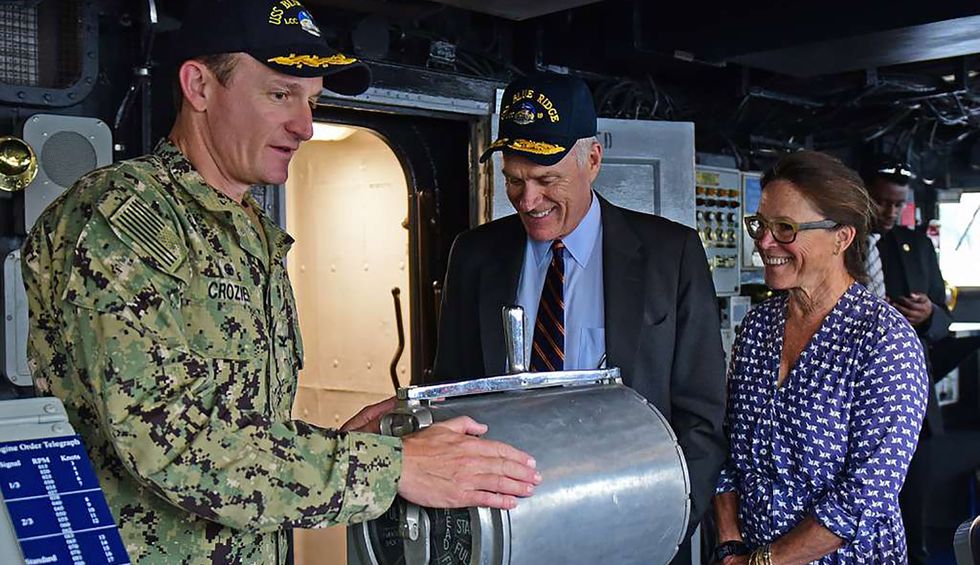 The U.S. Navy recently faced a dangerous situation when a coronavirus outbreak occurred on the USS Theodore Roosevelt, a warship that was stationed in the Pacific and had almost 5,000 crew members on board. Capt. Brett Crozier was fired from the warship after speaking out about the crisis, and according to an article for the New York Times, the firing of Crozier by former U.S. Navy Secretary Thomas B. Modly underscores divisions within the U.S. military during the Trump era.

In their Times article, four reporters (Thomas Gibbons-Neff, Eric Schmitt, Helene Cooper and John Ismay) explain, “Capt. Crozier was haunted by the Diamond Princess, a cruise ship of 2600 passengers in individual cabins where the virus had killed eight people and infected more than 700. The situation on his ship had the potential to be far worse: nearly 5000 sailors crammed in shared berths, sometimes stacked three high. Eight of his sailors with severe COVID-19 symptoms had already been evacuated to the Navy’s hospital in Guam.”

The Times reporters add that on March 30, Crozier sent out an e-mail to “20 other people” warning that “sailors don’t need to die” — and he violated the U.S. Navy’s strict “chain of command,” inspiring Modly to fire Crozier from the USS Theodore Roosevelt. Modly himself resigned as Navy secretary after being criticized for insulting Crozier and publicly describing him as “too naïve” or “too stupid” to command a warship.

Now, the Times reports, “the fired captain is battling the coronavirus himself, 584 other crew members have tested positive, and the acting Navy secretary has resigned. The secretary, Thomas B. Modly, removed the captain because he thought that was what President Trump wanted, officials said.”

After insulting Crozier, Modly walked back his comments — saying, “I do not think Captain Brett Crozier is naïve nor stupid. I think and always believed him to be the opposite.” But the damage was done.

On March 9, Gen. John E. Hyten (vice chairman of the Joint Chiefs of Staff) expressed concerns about the possibility of more safety issues on warships.

“From my perspective, I think it’s not a good idea to think that the Teddy Roosevelt is a one-of-a-kind issue,” the Times quotes Hyten as saying. “To think that it will never happen again is not a good way to plan.”