How a 'progressive' prosecutor ditched reform to grab more power 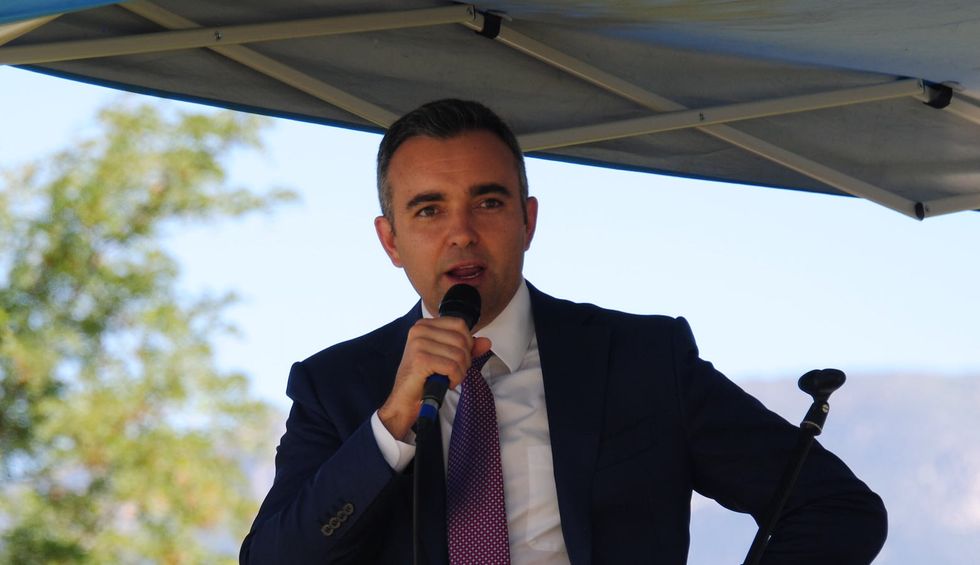 When Raul Torréz was running for district attorney in Albuquerque, New Mexico in 2016, locals were surprised that a famous billionaire like George Soros would invest over $100,000 in his candidacy.

Whitney Tymas, a former senior staffer at the Vera Institute for Justice and chief deputy prosecutor of Richmond, Virginia in the 1990s, was the Treasurer and sole person listed on the Soros-funded New Mexico Safety and Justice PAC’s campaign finance filings. After Torréz declared victory in 2016, Tymas celebrated in The Nation, declaring that ”elected prosecutors lost their primary races to more progressive, reform-minded candidates in Albuquerque, Chicago, Denver, and Jacksonville.”

Torréz did seem like a change candidate at the time. Screenshots of his campaign website from Wayback Machine show that he asked his community to “embrace the future and to join together in building a thoughtful, modern, progressive criminal justice system,” though he couched this as “one that works just as hard to prevent crime as it does to punish and incarcerate the guilty.”

Perhaps City Councilman Issac Benton’s endorsement was a better indication for the future, though. Benton stated, “I share Raúl’s vision of a criminal justice system tough enough to keep dangerous people behind bars.”

Since taking office as the Bernalillo County DA, Torréz has perfectly demonstrated the dangers of letting news media run blind with the concept of the “progressive prosecutor.” In a show of arrogance befitting the most overzealous, inquisitorial members of his profession, he has repeatedly flouted the New Mexico State Constitution and the will of the voters by refusing to abide by basic legal mandates when it comes to the bail and bond system.

New Mexico was one of the first states to get rid of the exploitative money bail system, but it was not through an advocacy campaign—it was thanks to the law. In State v. Brown (2014), a man who was being tried for murder appealed his $250,000 bail amount that was set solely due to the nature of the accusation. The state supreme court held that an offense-based bail schedule like the one used was unconstitutional. The high court explained that the least restrictive means to guarantee a person will come back to court is required; the release on personal recognizance of a person awaiting trial is supposed to be the default.

Following that decision, voters approved a 2016 constitutional amendment to hold people facing trial in jail in rare cases, but only when there is “clear and convincing evidence” that such a drastic measure is the only way to protect a specific person or the wider community.

Despite the “clear and convincing” threshold of proof being legally binding for state prosecutors at bail hearings, DA Torréz has decided that his time is too valuable to even try. Instead, since he took office in 2017, his prosecutors have repeatedly filed motions to detain people based on what they decided to charge them with—essentially making a mockery of the “clear and convincing” standard.

Frustrated that magistrate judges have been rebuffing his pretrial detention requests over half of the time, DA Torréz has also tried to use his bully pulpit to pressure the judiciary to alter its own rules.

Filter obtained a February 19, 2020 letter from Torréz to retired New Mexico Supreme Court Chief Justice Edward L. Chavez, in which Torréz pleads for the ability to preemptively strike temporary judges he does not like, as if they were prospective jurors. “As you know,” Torrez wrote, “pro tem judges are appointed and have no direct accountability to the voters.” (Ironically, when Torrez was a federal prosecutor, the same could have been said of him.)

Judicial strikes have shown highly problematic and racist results in the past. For instance, private defense lawyers in St. Paul, Minnesota made the decision to strike the judge assigned to the case of the police officer who shot and killed Philando Castile. In bodycam footage, Castile warns the officer that he has a legally registered firearm, but is then shot to death when trying to obey the officer’s request to show license and registration.

The judge struck from that case, Ramsey County District Court Judge Edward Wilson, is one of the rare Black judges on the local bench there, and was the second-most senior judge at the time. The charged officer, Jeronimo Yanez, was notoriously acquitted of manslaughter.

Making a mockery of the separation of powers doctrine that provides checks and balances to the three branches of government, Torréz also asked in the previously mentioned letter for the authority to essentially determine who sits in jail based on who he personally decides to charge with a “violent” crime, or who “had a firearm readily available” at the time of the alleged felony offense, regardless of use. One can easily see how hunters in rural parts of the state could get treated like terrorists if arrested for felony DUI.

Torréz also requested in his letter that people with felony records within the last five years to wait for trial in jail, regardless of risk, based on their prior record and current charges alone.

This seems to be what Torréz is fighting for most as DA—even though an independent academic review from the University of New Mexico Institute for Social Research found that DA Torréz’s existing detention requests have not increased public safety.

The failure of some leading members of the national criminal justice reform movement to hold DA Torréz accountable rather cheapens the entire concept of the “progressive” prosecutor. More acutely, it allows some of the most marginalized residents of New Mexico to suffer at Torréz’s hands.