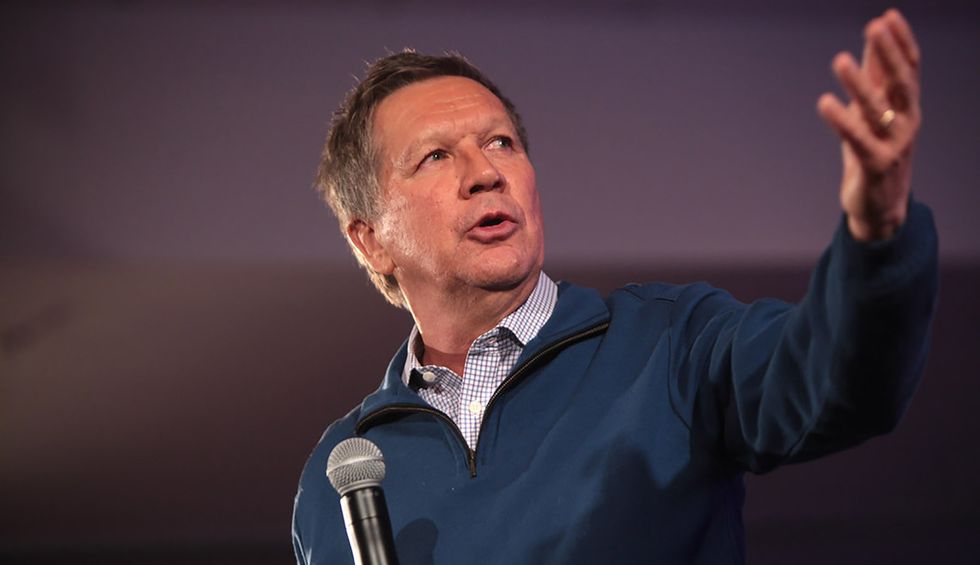 Speaking on CNN this Thursday, former Republican governor of Ohio, John Kasich, tore into President Trump over his response to the coronavirus outbreak, saying he’s furious about the difficult challenges facing medical professionals as the coronavirus continues to spread.

Later in the segment, CNN host Jim Sciutto asked where the leadership is, mentioning that Trump is tweeting attacks at governors, accusing them of “asking for too much.”

“Where is this ‘coming together’ that everybody’s been calling for?” Sciutto asked.

“It’s inappropriate, Jim, you can’t do that,” Kasich responded. “And the fact of the matter is, if I were president, I would have the Bezoses and the Walmart executives — I would set them free. I would also tell the bureaucrats, stop checking all the boxes … and, in fact, the president needs to let his cabinet know, get your people doing their job and bring the best people in — the people that do this all the time.”

“We need to fix it, and it has to come from the top,” he added. “And none of this attacking governors — they have a legitimate complaint. Answer them!”