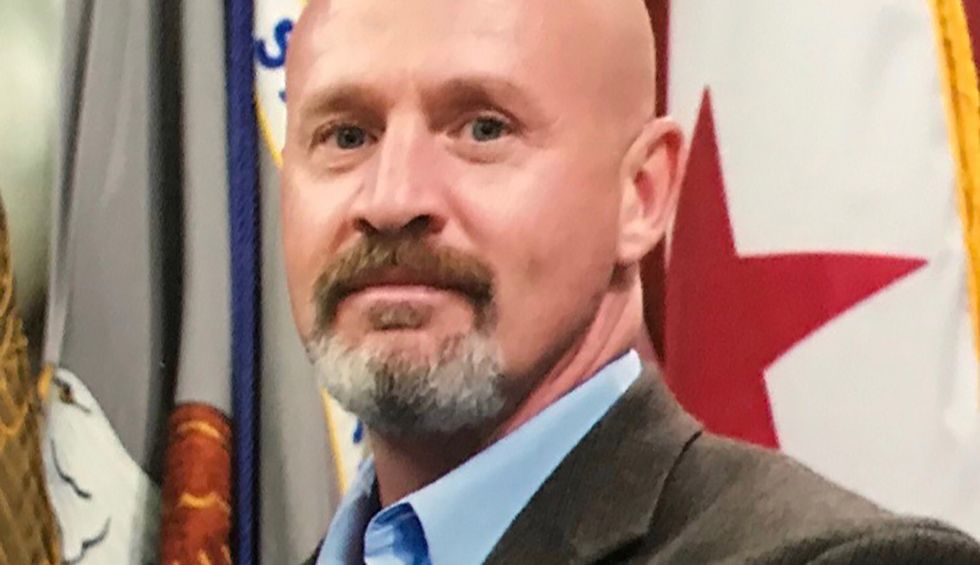 Former federal prosecutor Glenn Kirschner, a legal analyst for NBC News and MSNBC, is hardly the only person who has asserted that President Donald Trump was irresponsible when he spent weeks downplaying the severity of the coronavirus pandemic and claiming that it didn’t pose a significant threat to the United States. But when Kirschner was interviewed by journalist Mehdi Hasan for The Intercept’s “Deconstructed” podcast this week, Kirschner went beyond describing Trump as irresponsible — and asserted that Trump’s actions could possibly be grounds for criminal prosecution after he leaves office.

After weeks of downplaying the virus, Trump now joins Dr. Anthony Fauci and Dr. Deborah Birx in warning that the death toll could be as high as 100,000-240,000 in the United States — even with the aggressive social distancing measures that have been implemented. But in January and February, Trump was saying nothing of the kind: he even went so far as to describe warnings about coronavirus as a “hoax.”

Hasan, on “Deconstructed,” slammed Trump’s “catastrophically botched response” to coronavirus and his “willful negligence” — asserting that “this president has American blood on his hands.” And when Hasan brought Kirschner on, he asked him if a “legal case” could be made against Trump.

“Undeniably,” Kirschner told Hasan, “Donald Trump’s conduct of lying to the American people and downplaying the risk — giving them information that they then used to make their everyday behavioral decisions that put them in harm’s way — that enhanced their chances of contracting this virus. That was a substantial factor in affecting and ultimately killing people.”

A prosecutor, Kirschner told Hasan, could argue that Trump “committed involuntary manslaughter” because of his “gross negligence” with coronavirus. Hasan noted, however, that according to other legal experts he has spoken with, a prosecutor would have a hard time making a criminal case against Trump — although a civil case might be possible. Nonetheless, Kirschner maintained that a skillful prosecutor could convince a grand jury to indict Trump for involuntary manslaughter.

“Trump has let this virus run roughshod through our country,” Kirschner told Hasan. And the former federal prosecutor predicted that Trump will be facing civil lawsuits in different states because of the weeks he downplayed coronavirus’ severity.

Kirschner noted, however, that according to official U.S. Department of Justice (DOJ) policy against prosecuting a sitting president, he cannot be criminally prosecuted as long as he is still in office. It remains to be seen whether or not Trump will win a second term in November, but Kirschner seems to believe that he won’t be reelected and predicted that Trump will be facing significant “criminal exposure” in January 2021.