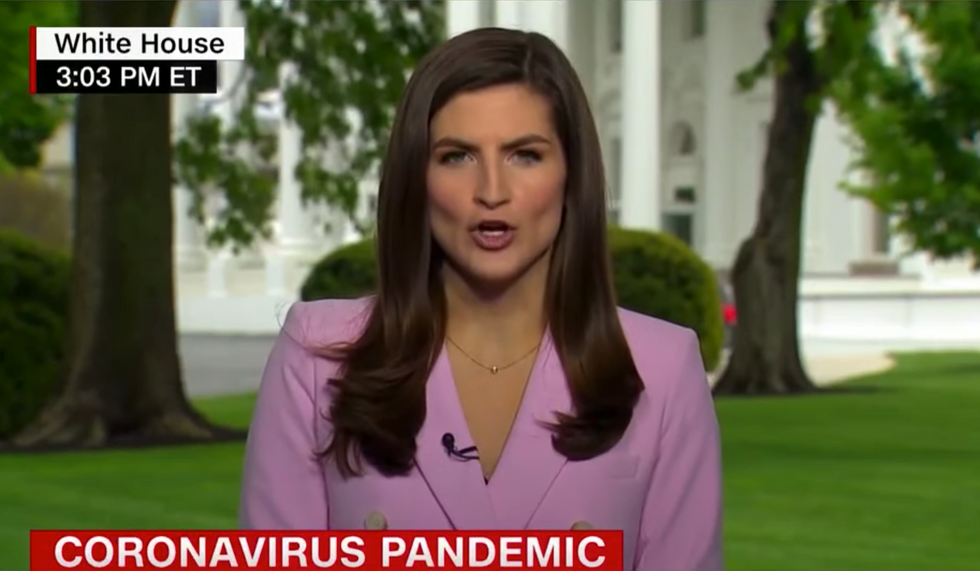 On CNN Friday, White House correspondent Kaitlan Collins demolished President Donald Trump’s false claim that he had only been “sarcastic” when suggesting people inject themselves with household cleaners to treat coronavirus.

“Of all of the unreliable and even whackadoodle stuff that the president has said in these briefings, this may take the cake, and now the president is claiming that he wasn’t being serious,” said anchor Brianna Keilar. “What are you hearing?”

“So after there was criticism from the doctors, and as you noted, Lysol had to put out a statement saying not to pursue this route, the White House put out a statement saying that reporters were taking the president out of context, and he said that people should consult with doctors before pursuing treatment,” said Collins. “What that statement did not say was that the president was being sarcastic, which is now what he was arguing as he did in the Oval Office not long ago.”

“I was in the room,” continued Collins. “The president was not asking that question to reporters, he was turning to the officials to his right, Dr. Birx and this official from the DHS about, it works on surfaces and in the air, and the president suggested that doctors should look into this, noting that he himself was not a doctor so we should note that as well.”