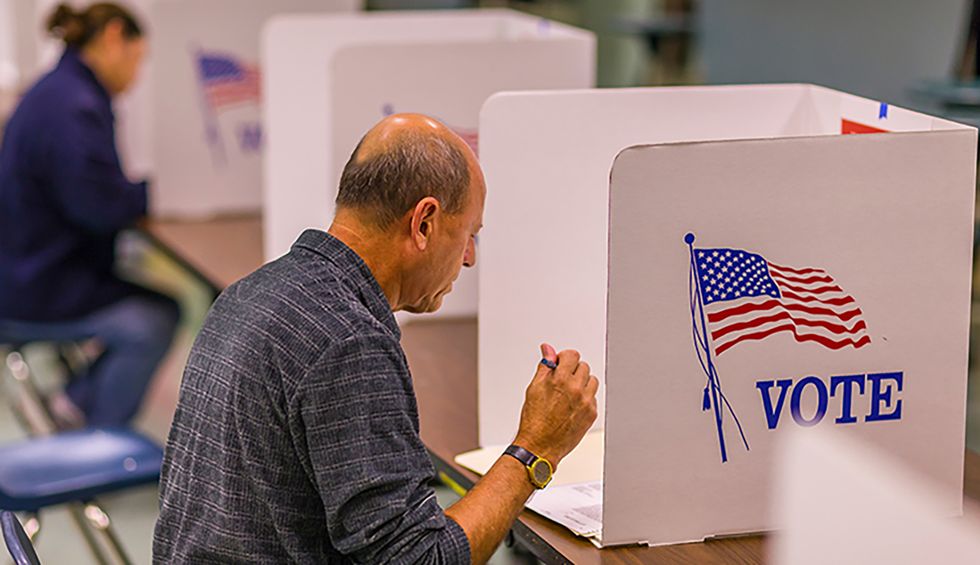 In Wisconsin, Gov. Tony Evers and other Democrats have — in response to the coronavirus pandemic — been encouraging alternatives to in-person voting. But they have run into a brick wall with Wisconsin Republicans, who critics are accusing of endangering the lives of people in the midwestern state by playing politics and discouraging mail-in ballots.

On March 25, Evers issued a stay-at-home order for Wisconsin, closing down businesses deemed non-essential and encouraging residents to only leave their homes to perform essential activities such as going to a supermarket to buy food or going to a pharmacy to refill a prescription. And on Saturday, April 4, Evers urged the Wisconsin legislature to consider allowing Wisconsin voters to continue mailing in their ballots until May 26 — a move he believed would be great for Wisconsin from a social distancing perspective.

But Republicans refused to even consider the proposal. And the Democratic presidential primary is  scheduled to go ahead as planned this Tuesday, April 7.

On Common Dreams, Julia Conley noted that Wisconsin voters have a choice “to either assemble at a dwindling number of polling places on Tuesday — risking contracting and spreading the coronavirus — or waiving the right to vote in the primary and other key elections.”

Wisconsin residents, in the April 7 election, will not only be asked to choose between the two remaining Democratic presidential primary candidates — former Vice President Joe Biden and Sen. Bernie Sanders of Vermont — but also, will be voting on local elections and a Wisconsin State Supreme Court race between right-wing Justice Daniel Kelly and the progressive Jill Karofsky.

Conley explains, “A victory for Kelly would secure the 5-2 conservative majority on the Court. As President Donald Trump suggested last week, low turnout due to the pandemic could help secure Kelly’s seat.”

The University of Wisconsin’s James Conway, an expert on infectious diseases, is highly critical of the decision to go ahead with in-person voting in his state on April 7. Conway told the Milwaukee Journal-Sentinel, “It just seems really irresponsible to make this one giant exception. From a public health (standpoint), it’s both the wrong message — and it’s taking an enormous gamble.”

To make matters worse, Conley notes, the coronavirus pandemic “has drastically reduced the number of poll workers available to run election sites. Milwaukee, the state’s largest city with nearly 600,000 people, is expected to have just five polling locations open instead of its usual 180.”