'You wanna go outside with me?' Joe Biden gets riled up at union worker after dispute on gun control 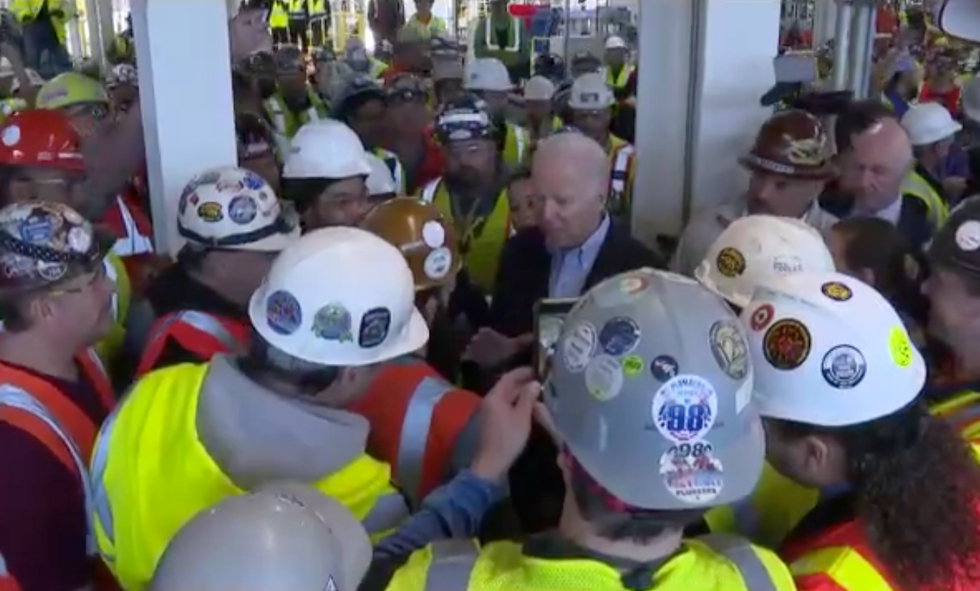 Former Vice President Joe Biden, the frontrunner for the 2020 Democratic presidential nomination, told a Detroit union auto-worker on Tuesday as Michiganders went to the polls that the worker was "full of shit" and threatened to fight him.

"You want to go outside with me?" Biden asked the auto-worker during a tense exchange on gun rights in which the former vice president referred to "AR-14s" and asked why anyone would need "100 rounds" in a machine gun.

The auto-worker referenced comments he claimed Biden made in a "viral video" that he watched, but it was not exactly clear what he might be referring to.