Why the Satanic Temple is opening a debate about religion 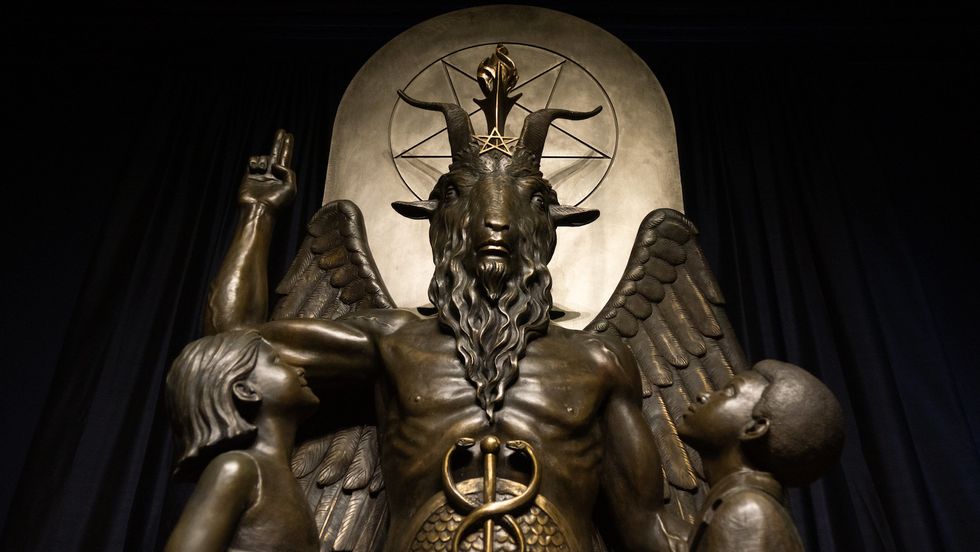 A group called The Satanic Temple went to court in their lawsuit against the city of Scottsdale, Arizona, for religious discrimination in January 2020.

The city’s attorneys argued that they could not possibly be guilty of religious discrimination because The Satanic Temple is not a religion. This argument prompted the judge in the case, Justice David Campbell, to ask, “What is religion?”

I am a professor of religious studies, and part of my job is getting students to think critically about the definition of religion. After studying The Satanic Temple for my book, “Speak of the Devil,” I find the most interesting thing about this group is the way it disrupts commonly held ideas about what religion is.

History of the group

Members of The Satanic Temple do not believe in God or the devil. Its beliefs are articulated in “the seven tenets.” These tenets emphasize reason and science as well as values such as compassion and justice.

The first tenet states, “One should strive to act with compassion and empathy toward all creatures in accordance with reason.” Other tenets address bodily autonomy, the freedom to offend and taking responsibility for one’s mistakes.

It was a series of political actions invoking religious freedom that brought the group into the public eye. They demanded the same privileges for Satanists that many Christians take for granted, such as erecting religious monuments on government property and using government meetings to present sectarian prayers.

Today there are 24 official chapters of the group throughout North America and Europe, ranging in membership from a dozen to over 100 people. Chapters can be found in coastal cities but also in the South and the Midwest. Texas is home to four chapters, more than any other state.

There are also thousands of supporters with individual memberships or in unofficial chapters with names like “Friends of The Satanic Temple, Arkansas.”

One of the group’s political goals is to advocate for the value of the separation of church and state. Their strategy is to remind the public that if Christians can use government resources to assert their cultural dominance, then Satanists are free to do the same.

After Oklahoma installed a monument of the Ten Commandments at its State Capitol in 2012, the group demanded that their statue of a satanic deity, Baphomet, a winged-goat-like creature, be installed next to it.

The group received US$30,000 in donations from people around the country to build the statue.

The Oklahoma Supreme Court ordered the Ten Commandments monument removed. However, thousands of people extended their support to The Satanic Temple, leading to the creation of the group’s first few chapters.

The trouble in Scottsdale, Arizona, began in 2014 when the Supreme Court ruled in Greece v. Galloway that city councils and other government bodies may begin meetings with “invocations” that involve sectarian prayers.

What this meant was that the government could invite a pastor to say, “We pray in the name of our Lord Jesus Christ,” as long as they did not discriminate against religious groups who wanted to give the invocation.

The Satanic Temple took the Supreme Court at their word. In 2016 they asked Scottsdale to open a city council meeting with the following prayer:

“Let us stand now, unbowed and unfettered by arcane doctrines born of fearful minds in darkened times. Let us embrace the Luciferian impulse to eat of the Tree of Knowledge and dissipate our blissful and comforting delusions of old.

"Let us demand that individuals be judged for their concrete actions, not their fealty to arbitrary social norms and illusory categorizations. Let us reason our solutions with agnosticism in all things, holding fast only to that which is demonstrably true.

"Let us stand firm against any and all arbitrary authority that threatens the personal sovereignty of One or All. That which will not bend must break, and that which can be destroyed by truth should never be spared its demise. It is Done. Hail Satan.”

Backlash against the Satanists

Initially Scottsdale officials agreed. Satanist Michelle Shortt, a member of the Arizona chapter, was scheduled to speak before a council meeting that April.

But then the Christian backlash began.

In court, attorneys discussed how one church sent over 15,000 emails demanding the Satanists be uninvited, crashing the city’s email system. Scottsdale officials cancelled Shortt’s invocation and declared a new policy that all invocation speakers must have “a substantial connection to the Scottsdale community.”

When the Satanists sued, Judge Campbell ruled there was insufficient evidence to prove Scottsdale officials acted out of religious prejudice.

However, an important outcome of the case was that Campbell rejected Scottsdale’s claim that The Satanic Temple is not a “real religion” or seeks only to mock actual religions.

The debate over what constitutes religion is an old one. In 1961, the Supreme Court acknowledged in Torcaso v. Watkins that there are many religions like Buddhism, Confucianism and even expressions of Judaism that are just not interested in God. Torcaso v. Watkins did not define religion; it merely ruled that religion is not synonymous with theism.

Scholars of religion have suggested that religion is not reducible to theism or indeed any one element. They have noted that the word religion is used differently in different contexts.

For example, religion scholar Catherine Albanese, in her 1981 book “America: Religions and Religion,” presented religions as systems consisting of “four ‘c’s.” These include creed, or a set of beliefs; code, or rules; cultus, meaning rituals; and community. In other words, religion is much more than the sum of its parts.

Religion can also be redefined to serve certain political interests. For example, in 2012 the state of Florida could not legally execute paranoid schizophrenic and convicted murderer John Errol Ferguson because the Florida Supreme Court ruled that the mentally ill must understand they will die when they are executed.

Ferguson stated he could not die because he was an immortal “prince of God.” The state circumvented this law by ruling that Ferguson’s delusions were a religious conviction and proceeded with the execution.

The word religion lends itself to such creative legal uses precisely because it has no set definition. As religion scholar Russell McCutcheon says, religion’s “utility is linked to its inability to be defined.”

The Satanic Temple is significant because it renders this sort of verbal slipperiness less tenable. If this group can no longer be dismissed as a “hoax,” people might be forced to think a bit more about what religion is.