What’s so scary about the inclusion of ‘God’ in the Russian constitution? 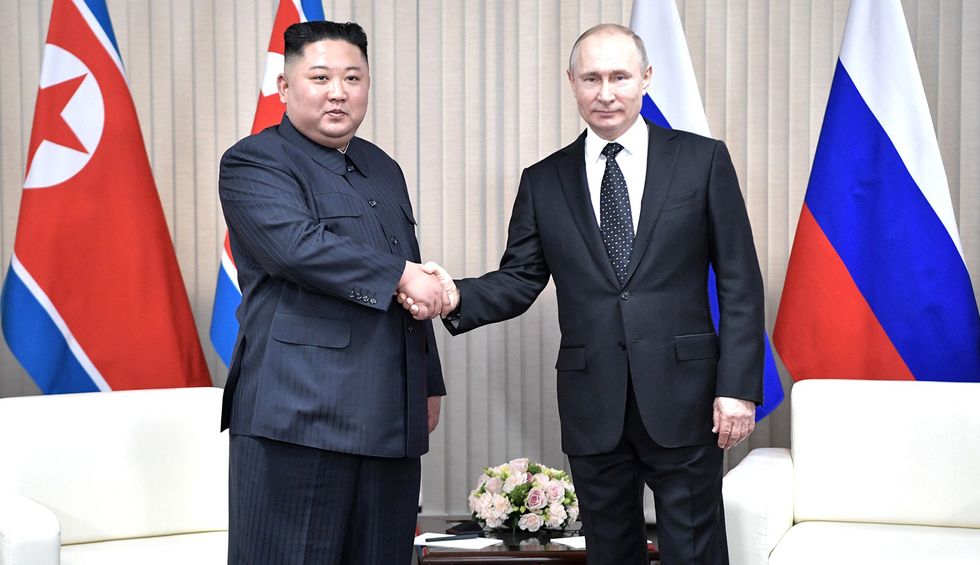 Last Friday, the House’s Tom Lantos Commission on Human Rights heard testimony that Russia’s human rights record, including its record on religious freedom, is worsening. There were few surprises in Elizabeth Cassidy’s testimony—particularly for those who’ve been paying even the most passing attention to the Putin regime’s power grab both at home and abroad. Cassidy, the director of research and policy at the U.S. Commission on International Religious Freedom, told the Congressional commission, “The Russian government maintains, frequently updates and enforces an array of laws that restrict religious freedom…These violations are escalating, spreading through the country and even across its borders.”

Indeed, USCIRF has “been calling for the designation of Russia as a [Country of Particular Concern] since 2017… given the Russian government’s repressive activities both in Russia and abroad,” reads an USCIRF statement from December. Trump’s State Department has thus far refused to do so. And the reality is that the worst might be yet to come.

Earlier this year, Russian President Vladimir Putin announced that he would seek major changes to the Russian Constitution. Most of the media coverage rightly focused on what such reforms would mean for Putin’s future at the country’s helm (there’s little doubt that the primary motivation for these reforms was to allow Putin to remain in power beyond the 2022 expiration of his presidential term). However, the opening of Russia’s first democratic constitution to significant structural overhaul poses other dangers as well. There have been more than three hundred proposed changes to the constitution, many of which have serious implications for human rights and religious freedom in the country.

In his February 2nd column for the Russian-language service of the German newspaper Deutsche Welle, Patriarch Kirill of Moscow, the head of the Russian Orthodox Church, and a man considered by most to be an ally of Putin, called for “God” to be mentioned in the new preamble. On the surface, this isn’t a particularly alarming request. While Ukraine is, to date, alone among post-Soviet states in including a reference to God in its constitution, many more liberal states absolutely do, including Germany, Canada, Ireland, Sweden, and Switzerland. In these instances, the constitutional reference to God is frequently a nod to a country’s shared religious heritage and does little to undermine the principles of secularism and pluralism upon which modern liberal democracy is built. Arguably, such references in fact enforce these values, by offering the seal of divine imprimatur to the legal foundations of the nation. In the case of Russia, however, this is a suggestion that takes on a much more sinister tone.

The Russian Orthodox Church has, to say the least, a bad track record on issues of political liberty and civil rights. Patriarch Kirill himself rather infamously declared in 2016 that “some human rights are heresy.” The Russian Orthodox Church, including close deputies of the Patriarch, were intimately involved in the 2017 law that decriminalized domestic violence in Russia, as well as the 2013 “gay propaganda” law that’s been a major force for the state persecution of LGBTQ people in Russia. Furthermore, Patriarch Kirill and the Russian Orthodox Church he leads have worked hard to develop close alliances with illiberal forces around the world, including Franklin Graham, Steve Bannon, and the World Congress of Families.

In fact, it would not be going too far to say that the arch-conservative positions of Kirill’s Russian Orthodox Church operate as an instrument of Russian soft-power, drafting reactionary forces around the world onto the Russian side. It is, for instance, difficult not to see the Patriarch’s ongoing ecclesiastical conflict with the Greek Orthodox Patriarch of Constantinople, focused on hotspots such as Ukraine and Western Europe, through the lens of Russia’s increasingly aggressive foreign policy and its desire to not only cause chaos in Western democracies, but to undermine the fundamental trust in liberalism and pluralism that underlie their success.

It’s in this light that the seemingly innocuous request of a bishop that “God” be included in the preamble of his nation’s constitution takes on a significantly more sinister tone. And it should, for any honest observer, raise serious concerns about the failure of liberalism to have taken root in post-Soviet Russia and the country’s slide even more deeply into totalitarianism.

Moreover, given Russia’s aggressive foreign posture, one that’s not just military or political, but also distinctly cultural, it ought to worry those invested in the larger project of global democracy. One of the cornerstones of contemporary Russian foreign policy is to undermine the faith of those living in liberal, pluralist societies in the effectiveness, stability, and frankly goodness of their values and institutions. This is an objective that has been all too appealing to the Russian Orthodox Church, and particularly its current leader. If Russia ceases to be simply an authoritarian state and becomes increasingly theocratic in its authoritarianism there could be greater trouble ahead for us all.

Russia has never been a country synonymous with liberty. Authoritarianism is as native to her as her birch forests. But there is evidence that things are getting worse, and that the Russian Orthodox Church is renewing its ancient role as the handmaiden of Russian state power. And that is something that should concern anyone worried about the future of liberalism. Particularly in places where it has historically been much more successful than Russia.