Trump exploded at his Treasury secretary as he became petrified about the economy: report 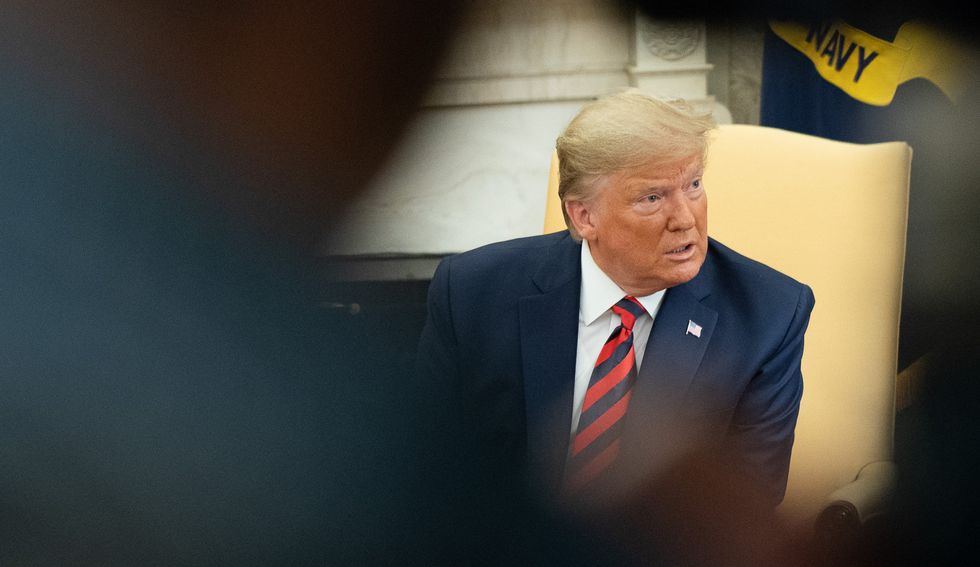 A new report from the Washington Post on Wednesday night found that President Donald Trump recently raged at Treasury Secretary Steve Mnuchin as he was gripped with fear about the potential economic damage of the coronavirus.

On Monday, Trump urged Mnuchin to pressure Fed Chair Jerome Powell — who the Treasury secretary reportedly encouraged the president to appoint to his current position — to do more for the economy. The Post called Trump's direction to Mnuchin as an "explosive tirade."

Under Powell, the Fed has already announced an emergency interest rate cut, signaling that it will do more if the situation needs it. But rates are already quite low, leaving little room for the Fed to cut more. And the stock market has continued to plummet, suggesting that investors don't believe the Fed's actions will be enough.

Trump has repeatedly urged Powell to reduce interest rates in public even long before the coronavirus emerged, breaking with the traditional norm of Fed independence.

On Monday, the Dow Jones industrial average fell more than 2,000 points, and it is down more than 5,000 points since Feb. 12. Trump has long seen a high stock market as one of his biggest achievements, and he has told voters that they should support his reelection because of it.

While Trump has long publicly clashed with Powell, Monday’s outburst was an “eruption” unlike many others due to the political and economic stress that has gripped the White House as the coronavirus spreads, one of the officials said. It caused some White House aides to worry that the president’s fury with Powell could lead to upheaval and economic woes if he continues to lash out at the Federal Reserve.

Though the law says Trump cannot fire Powell except under extreme circumstances, the Post noted that the president has previously considered demoting Powell from his position as chair while leaving him on the Fed board. It's not clear if such a gambit would pass legal muster.