'The Trump effect': One overlooked aspect of Super Tuesday spells good news for Democrats in November 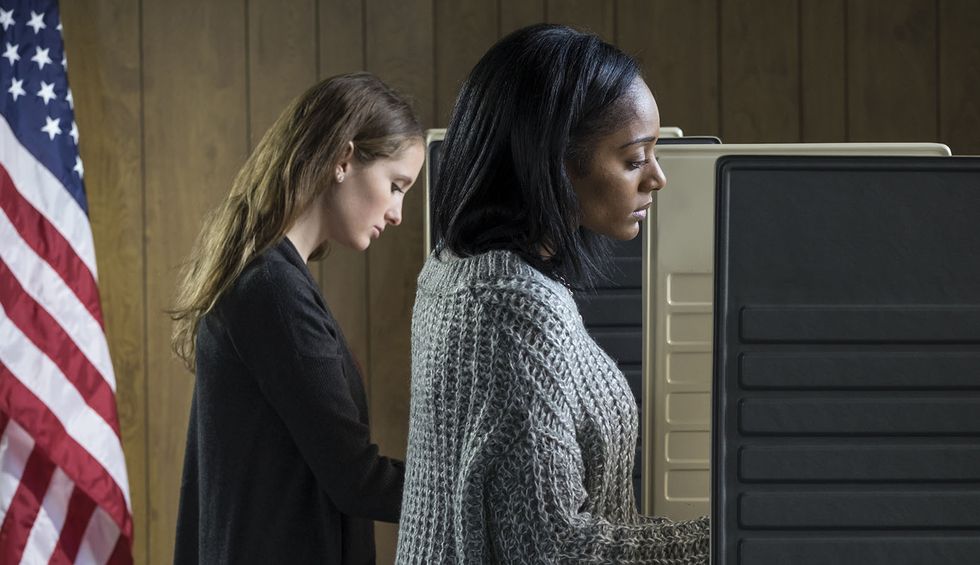 Even before all the votes have been tallied, one thing is clear: participation in Democratic primaries is soaring in 2020 as compared to 2016 and even 2008 in some places.

In some states, that's partly a function of moving from the caucus system to the much less time-intensive primary process. Those states include Colorado, where turnout was up about 517% over 2016; Maine quadrupled voter participation from about 47,000 in '16 to some 194,000 with 90% reporting; Minnesota also almost quadrupled from 205,000-plus in ‘16 to 745,000-plus Tuesday night; and Utah is up about 120% over last cycle.

But where participation soared was another important part of the story, with the suburban areas that helped push Democrats to sweeping victories in the midterms again showing a surge in voting. Virginia participation nearly doubled to 1.3 million voters, and Joe Biden won nearly every county there, including in the suburbs that surround D.C. Additionally, Biden beat Sanders by double digits in the suburb-heavy counties of Texas that include Dallas and Houston. And much like the results from South Carolina, Biden also turned in dominant performances among black voters in Virginia, North Carolina, and Alabama.

Sanders, on the other hand, drew a shrinking share of the electorate compared to four years ago in every one of the 15 states and territories. In his home state of Vermont, for instance, he claimed just over 50% of the vote compared to 86% four years earlier.

But maybe even more telling is the fact he doesn't seem to be animating record-level participation this cycle among the demographic groups with which he performs very well. Among Latino voters in California, for instance, he beat Biden by roughly 34 points but the group's share of the electorate appeared to be down about 2 points from 2008.

The story of Super Tuesday is one of increased participation, who exactly turned out in higher numbers, and which candidate they overwhelmingly chose. Biden claimed the lion’s share of arguably the two most important demographic groups heading into 2020: black voters, the backbone of the Democratic party, and white suburban voters, the cohort that helped drive Democrats to such a decisive win in 2018.

On a final note, we cannot forget that although increased turnout on Super Tuesday is cause for celebration, voters of color, particularly in Texas, faced far greater hurdles to casting their votes. We have simply got to do better and voters of color certainly deserve better after centuries of fighting for their right to vote in this country.