Sociology professor: 'People of Asian ancestry across the globe may face collateral damage' amid intensifying xenophobia 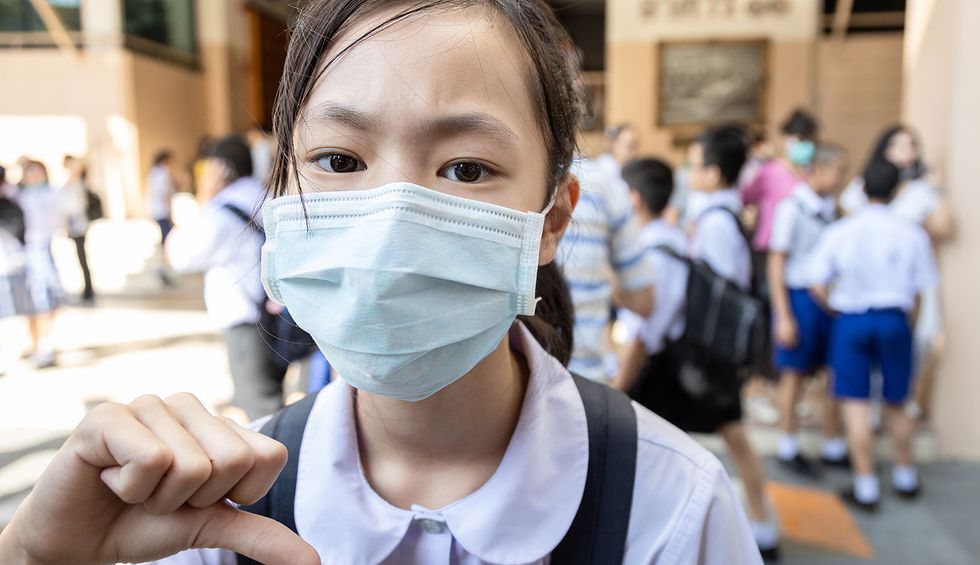 President Donald Trump referred to COVID-19 as "the Chinese virus" on Tuesday, prompting critics to accuse him not only of "a mean spirited distraction" but also intensifying racism and xenophobia.

"Cuomo wants 'all states to be treated the same,'" Trump tweeted Tuesday. "But all states aren't the same. Some are being hit hard by the Chinese Virus, some are being hit practically not at all. New York is a very big 'hotspot', West Virginia has, thus far, zero cases. Andrew, keep politics out of it...."

China's foreign ministry spokesman Geng Shuang condemned Trump's remarks, saying at a press briefing that "some U.S. politicians have tried to stigmatize China . . . which China strongly condemns. We urge the U.S. to stop this despicable practice. We are very angry and strongly oppose it [the tweet]."

Salon spoke with a pair of experts by email, who also condemned Trump's tweet.

"It's apt that a president, who takes responsibility for nothing, is the first to place blame on everyone else," Shaughnessy Naughton, board president and founder of 314 Action — a non-profit political action committee that helps scientists run for political office — told Salon. "This is a mean-spirited distraction, when all the administration's attention should be getting this under control and preventing more American deaths."

Rosalind Chou, a sociology professor at Georgia State University, said that the comment was racist.

"The comments made by President Trump intensifies the xenophobia and racism that's become rampant against Asians and Asian Americans globally," Chou said. "He's fueling fears against Chinese, specifically. However, people of Asian ancestry across the globe may face collateral damage. These statements are dangerous and erroneously assign blame to people who are as susceptible to the disease as anyone else worldwide."

Trump is not the first prominent Republican to use racist language to describe COVID-19. House Minority Leader Kevin McCarthy, R-Calif., referred to it as the "Chinese coronavirus" in a tweet last week, while Rep. Paul Gosar, R-Ariz., described it as the "Wuhan virus." After he was criticized for his remarks, Gosar tweeted that it was "just astoundingly ignorant to have all major media refer to it as #WuhanVirus for months but somehow, today, you've decided that's #racist. If you think this virus cares about your race you probably work for or watch MSNBC. Wuhan Virus. Wuhan Virus. Wuhan Virus."

America has a long history of perpetuating the racist idea that Asians are unclean.

"The idea that Asians are dirty, eat strange foods and are vectors of disease has existed for as long as Asians have been in the U.S., and these ideas continue to exist today," writer and Columbia University professor Marie Myung-Ok Lee wrote last month.

Chinese immigrants became medical scapegoats during a 1876 smallpox outbreak in San Francisco. The stereotype continued as recently as last year, when a Chinese restaurant opened by a white couple in New York advertised itself as "clean."

"The origin of today's novel coronavirus, 2019 n-COV, has not been conclusively determined yet, but it is thought to be transmitted to humans via bats," Lee continued. "With the release of this news, a picture of an East Asian woman eating 'bat soup' quickly went viral, and quickly the virus of racism and xenophobia was reactivated."