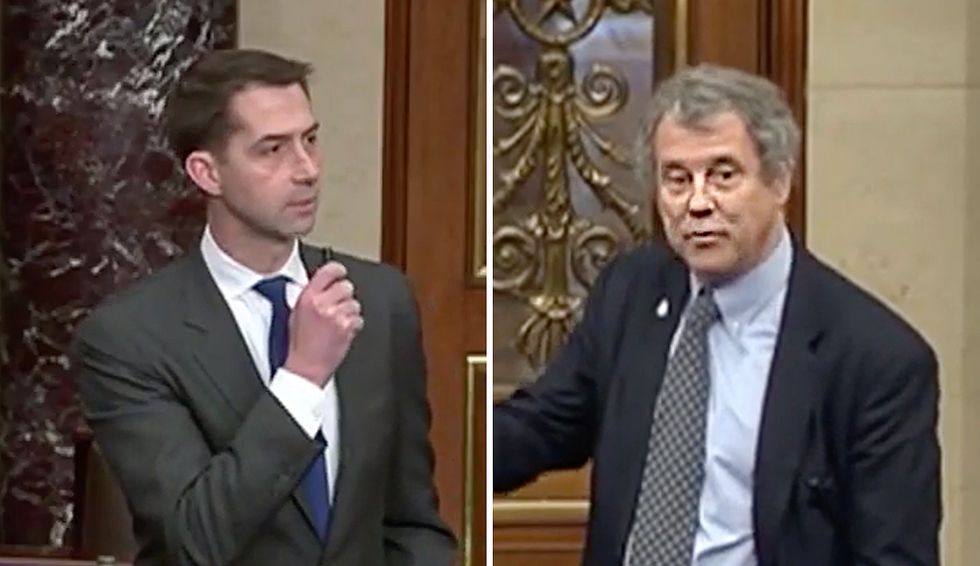 During a vigorous debate on the form that an economic stimulus bill in response to the coronavirus pandemic should ultimately take, Sen. Sherrod Brown of Ohio was highly critical of his Republican colleagues in the U.S. Senate —  including Senate Majority Leader Mitch McConnell. And things grew testy when Brown was speaking and Republican Sen. Tom Cotton of Arkansas kept interrupting.

Cotton tried to imply that Democrats weren’t negotiating with Republicans in good faith — and Brown wasn’t having it. Although Brown initially agreed to yield the Senate floor, he became fed up and told Cotton, “You always want to do Trump, the president’s bidding. I have the floor, and I will keep the floor.”

Brown went on to discuss negotiations with members of the House on a stimulus bill, criticizing McConnell for attending a “political event” when he could have been negotiating with the House.

“The fact is that we were in negotiations with Speaker (Nancy) Pelosi — I assume, with (House Minority) Leader (Kevin) McCarthy,” Brown asserted. “In the Senate, we were this close to legislation. Sen. McConnell went home…. for a political event with a justice of the Supreme Court, for gosh sakes.”

Durbin closes by advocating for the Senate allowing remote voting. “I’d like to suggest to my friends on both side… https://t.co/ketUJlH1bq
— Nicholas Fandos (@Nicholas Fandos)1584982825.0