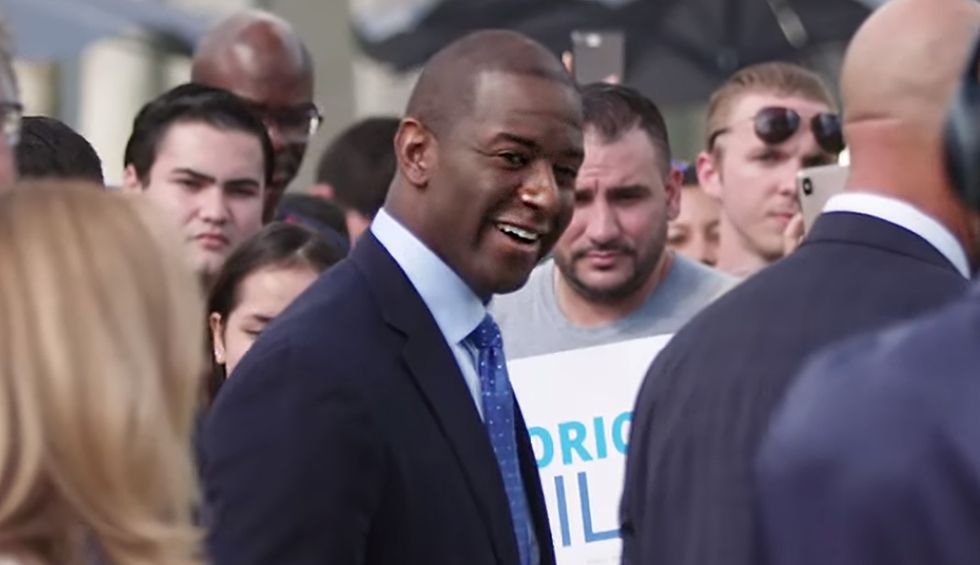 After narrowly losing to Republican Ron DeSantis in Florida’s 2018 gubernatorial race, former Tallahassee Mayor Andrew Gillum became a national star in the Democratic Party as well as a pundit on CNN. But the last week has been rough for the 40-year-old Gillum, who announced that he was entering rehab after being found in a Miami hotel room with a man who was hospitalized over a suspected drug overdose — and new details continue to emerge about that incident.

In an official statement, Gillum explained, “After conversation with my family and deep reflection, I have made the decision to seek help, guidance and enter a rehabilitation facility at this time. This has been a wake-up call for me. Since my race for governor ended, I fell into a depression that has led to alcohol abuse. I witnessed my father suffer from alcoholism, and I know the damaging effects it can have when untreated. I also know that alcoholism is often a symptom of deeper struggles. I am committed to doing the personal work to heal fully and show up in the world as a more complete person.”

The men in the hotel room in Miami’s South Beach area, according to Andrea Torres of Miami’s Channel 10, were Aldo Mejias (a 56-year-old unlicensed physician living near Coral Gables, Florida) and 30-year-old Travis Dyson — who allegedly rented the room on Thursday, March 12 and has described himself as a registered nurse on social media. Mejias told police that when he arrived in the room around 11 p.m., Dyson and Gillum were both in a state of intoxication and were vomiting— and when Dyson collapsed, Mejias called 911.

According to Miami police, Dyson was taken to Mount Sinai Medical Center — where he regained consciousness and was in stable condition. Miami police also said that they found some baggies containing crystal meth in the hotel room; Gillum, however, has admitted that he was drunk but stresses that he has never used crystal meth.

“While I had too much to drink,” Gillum stated, “I want to be clear that I have never used methamphetamines. I apologize to the people of Florida for the distraction this has caused our movement. I will spend the next few weeks with my family and appreciate privacy during this time.”

In 2018, Florida’s gubernatorial race showed how much of a swing state it is. While DeSantis, now Florida’s governor, ran as a far-right supporter of President Donald Trump, Gillum ran a decidedly liberal/progressive campaign and just barely lost. The election was so close that a recount was mandatory under Florida law, and the recount, according to USA Today, showed 4,075,445 votes for DeSantis and 4,041,762 votes for Gillum — a difference of 33,683 votes.