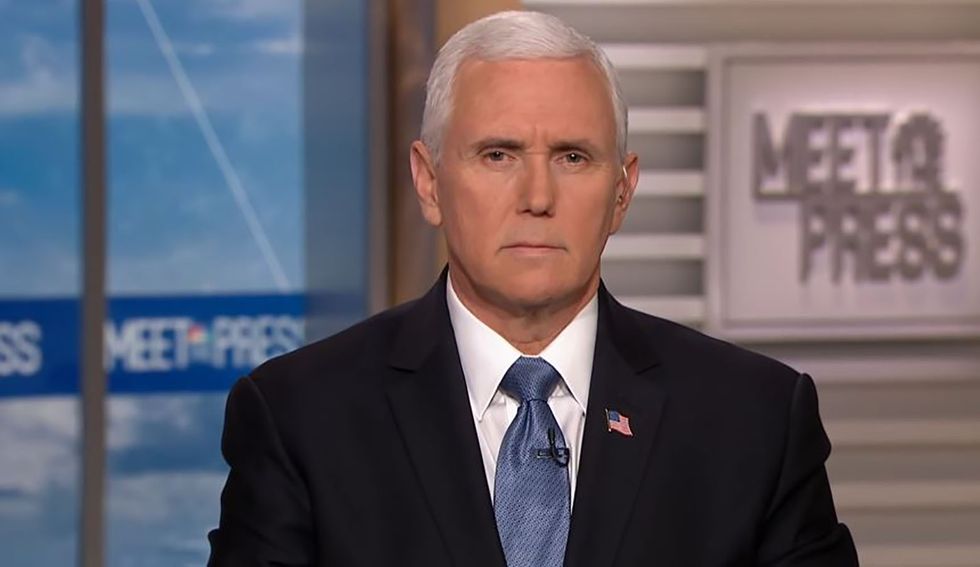 A mother and son from Sarasota Military Academy in Florida are being quarantined for COVID-19, according to the Sarasota Herald-Tribune. On the Academy’s Facebook page, the school posted on Monday that the “mother's contact with a patient at Sarasota Doctors Hospital in her professional role,” had led to both her and her son to be quarantined as a “precautionary measure.” The two reportedly showed no symptoms of the virus.

On Friday, Feb. 28, Trump’s top coronavirus point man and non-believer in science, Mike Pence, held a fundraiser in Sarasota at the home of Republican Rep. Vern Buchanan. At the event, Pence talked about “possible changes in travel status to the United States,” while shaking hands with dozens of supporters and 44 cadets from Sarasota Military Academy. Ruh-roh.

The school’s executive director Col. Christina Bowman told the Tribune that "We have been in touch with the Pentagon, so we assured them that particular cadet was not present for that occasion." Of course, his fellow students were and it sounds like Vice President Pence shook all of their hands. Hopefully none of the people involved test positive for COVID-19—including Pence.

So far there are only two confirmed cases in Florida, however the Florida Department of Health reports that there are eight pending cases, pending test results; 184 people under “public health monitoring”; and 15 negative test results so far. The Trump administration’s heel-dragging response to the virus and public health concerns has been distressing, and the fears of how easily an undetected illness might spread without a more robust response, are driving a lot of panic across the country.

On Monday, Bowman posted an email to families and students of the school reiterating the serious work they have done to keep the schools clean and the student body safe, including sanitizing the school ten days ago. The Tampa Bay Times reports that school workers sanitized classrooms once again over the weekend, and students returned to school Monday as usual.