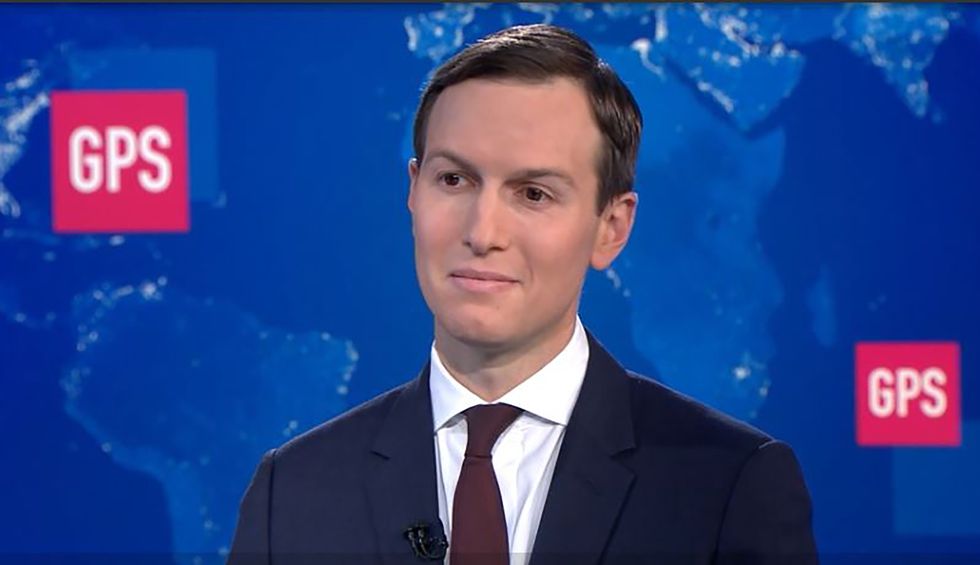 One of the major complaints about President Donald Trump’s response to the coronavirus pandemic has been the shortage of testing in the United States. Aggressive testing throughout the U.S., critics assert, should have been carried out weeks ago. But now, a new website owned by the company Oscar Health Insurance is pointing Americans in the direction of places where they can be tested for coronavirus — and according to Mother Jones’ Washington, D.C. bureau chief, David Dorn, Oscar was once co-owned by White House Senior Adviser Jared Kushner.

Oscar Health Insurance, reporter Jerry Lambe notes in Law & Crime, has “held itself out” as being founded by Kushner’s brother, Joshua Kushner. In 2015, an article by journalist Andrew Khouri for the Los Angeles Times’ described Oscar as a “Silicone Valley-backed startup” that had been founded by “three young Harvard Business School graduates” in 2012: Joshua Kushner, Mario Schlosser and Kevin Nazemi. But according to Corn, Jared Kushner played a major role in the company.

Corn reports that “several years ago,” Jared Kushner “controlled a family business” that owned Oscar — which, Corn explains, “has often been described in media accounts as co-founded by Jared’s brother, Joshua. But New York State records reviewed by Mother Jones show that in 2013, the year the business was incorporated, Jared with his brother controlled the holding company that owned Oscar.”

“There was once a direct connection between Jared Kushner and Oscar,” according to Corn.

The Mother Jones journalist goes on to report that last week at a press conference, Trump “falsely claimed that 1700 Google engineers were developing a website that would, within days, be the central element of a national testing system…. Dr. Deborah Birx, a member of the coronavirus task force, held up a poster that Kushner’s team had prepared showing how Trump’s promised website would look.”

The day of that press conference, according to Corn, was also the day in which Oscar unveiled a website that it described as “the first testing center locator for COVID-19 in the U.S.”

Corn reports, “A 2013 examination of Oscar conducted by the New York State Department of Financial Services produced a report that detailed the firm’s corporate structure. It stated that Oscar, which was incorporated in New York, was owned by Mulberry Health Inc., a Delaware corporation — which in turn, was mostly owned by Thrive Capital Partners III LP, a Delaware limited partnership, which itself was owned by Thrive Partners III GP LLC, a Delaware limited liability corporation and other unnamed parties.”