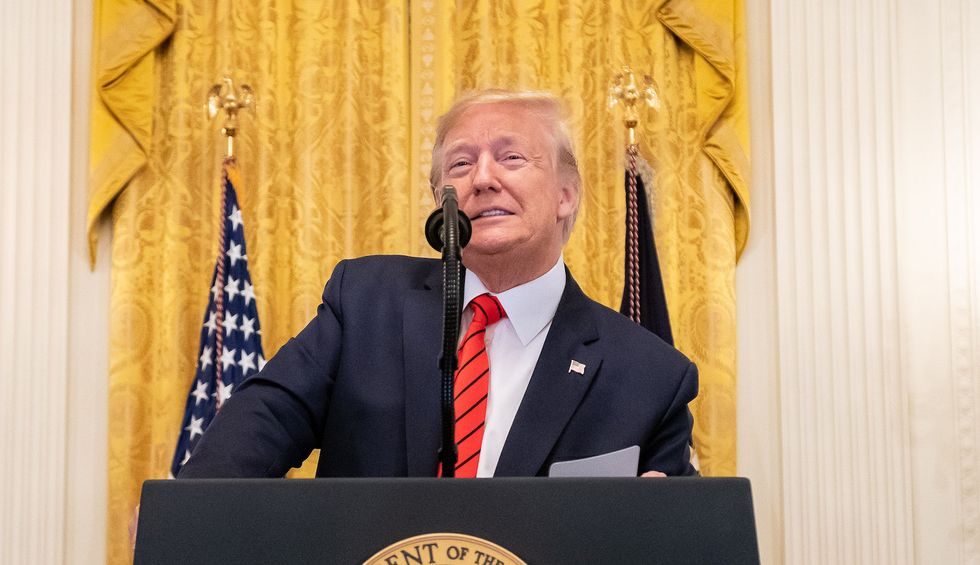 President Donald Trump once again hastily called a press conference held literally minutes after news broke that the U.S. has had its first coronavirus-19 death, in Washington state. Trump by most accounts did not inspire confidence, He also understated the number of people in the U.S. confirmed to have been infected by this new novel coronavirus. But perhaps most disturbing, many say, is Trump once against did not inspire confidence as he rambled and rattled off words that did not seem to make much sense.

Here’s what experts and others are saying in response to the Trump-Pence press conference.

Unreal. Azar says the risk remains low because of actions Trump has taken. They are just going to try to run their… https://t.co/UnS2O8Ma8T
— Matthew Miller (@Matthew Miller)1583003542.0

Trump is a politician who came to power by generating often irrational fears among the population therefore he is j… https://t.co/tOXP56zHIQ
— Dan Pfeiffer (@Dan Pfeiffer)1583002929.0

We should not have to listen to three politicians before we hear from a doctor. And, the WH continues to lie about… https://t.co/8USz8TyMUl
— Frank Figliuzzi (@Frank Figliuzzi)1583003793.0

POTUS's doped-up, 40rpm ponderings on wounded warriors and the nature of the fighting in Afghanistan was possibly t… https://t.co/ZOX5kV1Rhp
— Molly McKew (@Molly McKew)1583002622.0

"Whatever the circumstance is, we're prepared" Not when we've got what looks like multiple distinct chains of tran… https://t.co/pmjgCde2PD
— Jeremy Konyndyk (@Jeremy Konyndyk)1583003048.0

"We have taken the most aggressive action in modern history" to fight the disease. No. Not even close. They lost… https://t.co/mca7QIJMU8
— Jeremy Konyndyk (@Jeremy Konyndyk)1583002853.0

Trump is on TV. He seems to be very heavily medicated. He does not project any confidence. It was suppose to be abo… https://t.co/GWiPzlnAF5
— Heidi Stine (@Heidi Stine)1583002683.0

Watching trump try to spin this #CoronavirusOutbreak presser doesn't inspire confidence for me. He's so in over his head.
— MJdowntheshore (@MJdowntheshore)1583003840.0

Trump looks confused and like he has been sedated. Mike Pence looks like he's feeling the strain. My confidence,… https://t.co/AYAm3E4UOK
— 🗽Cindy McLennan (@🗽Cindy McLennan)1583003219.0

Watching Trump's press conference - OMG he does not inspire confidence in his government's handling of the corona v… https://t.co/YNES9csxB4
— PinkFlamingo (@PinkFlamingo)1583003134.0