‘Inexcusable and reckless’: New Yorkers slam Mayor de Blasio for going to the YMCA ‘one last time’ before coronavirus shutdown 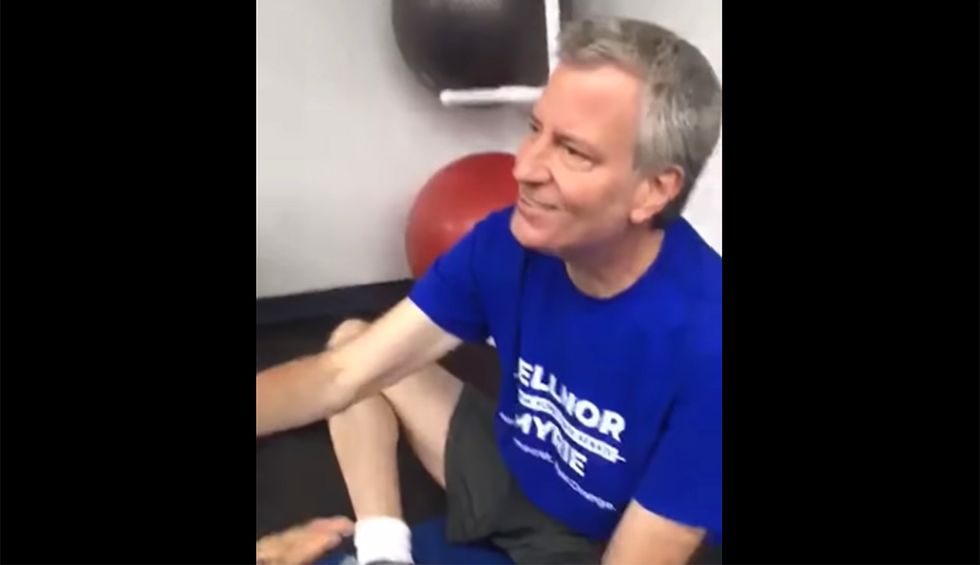 New York City Mayor Bill de Blasio has been emphatic about the need for New Yorkers to take precautions during the coronavirus pandemic. But the former 2020 Democratic presidential candidate is receiving a great deal of criticism on Twitter for going to a YMCA in Park Slope, Brooklyn on Monday morning, March 16 for “one last workout” before the city's gyms close down.

Journalist Ben Adler, @bladler, stressed that de Blasio’s visit to the WMCA is hardly in keeping with the message of social distancing he has been pushing. Adler tweeted, “As someone who skipped his last gym workout to practice social distancing — and really missed it — I’m very annoyed de Blasio went to the Y today. Sends a terrible message and makes people wonder why they’re the sucker practicing better hygiene than the mayor.”

Gov. Andrew Cuomo announced a temporary closure of all movie theaters, bars and gyms in New York, Connecticut and New Jersey, effective 8 p.m Monday. And de Blasio wanted to get in a final workout before the shutdown. A spokesperson for the mayor explained, “The YMCA has been a huge part of his and his family's life, like it has been for a lot of New Yorkers. It’s clear that’s about to change, and before that, the mayor wanted to visit a place that keeps him grounded one last time.”

Regardless, the NYC mayor is being deluged with criticism.

The mayor’s health department told New Yorkers late last night that we should all act as if we have been exposed to… https://t.co/BuqAQEryRG
— Jillian Jorgensen (@Jillian Jorgensen) 1584371207.0

Amy Spitalnick, @amyspitalnick, former adviser to the New York State Attorney General’s Office, tweeted, “BdB is not only modeling bad personal behavior during a pandemic, but he’s also forcing his staff to defend it. He never should have gone to begin with — but at the very least he could have put this statement in his name and used it to apologize.”

CNN’s Andrew Kaczynski, reporting from Brooklyn, tweeted, “Mayor de Blasio is indeed here at the Park Slope YMCA this morning. Passers by have commented negatively. One called him an idiot.”

Rebecca Katz, founder of New Deal Strategies, said of de Blasio’s Monday trip to the YMCA, “No current or former staff member should be asked to defend this. The mayor’s actions today are inexcusable and reckless.”

Among comments from New Yorkers walking by who saw his security detail. “Is the mayor really working out.” “He shou… https://t.co/PWdO6Juq5d
— andrew kaczynski🤔 (@andrew kaczynski🤔) 1584372431.0

BdB is not only modeling bad personal behavior during a pandemic, but he’s also forcing his staff to defend it. H… https://t.co/9dcQbuEy2F
— Amy Spitalnick (@Amy Spitalnick) 1584375132.0