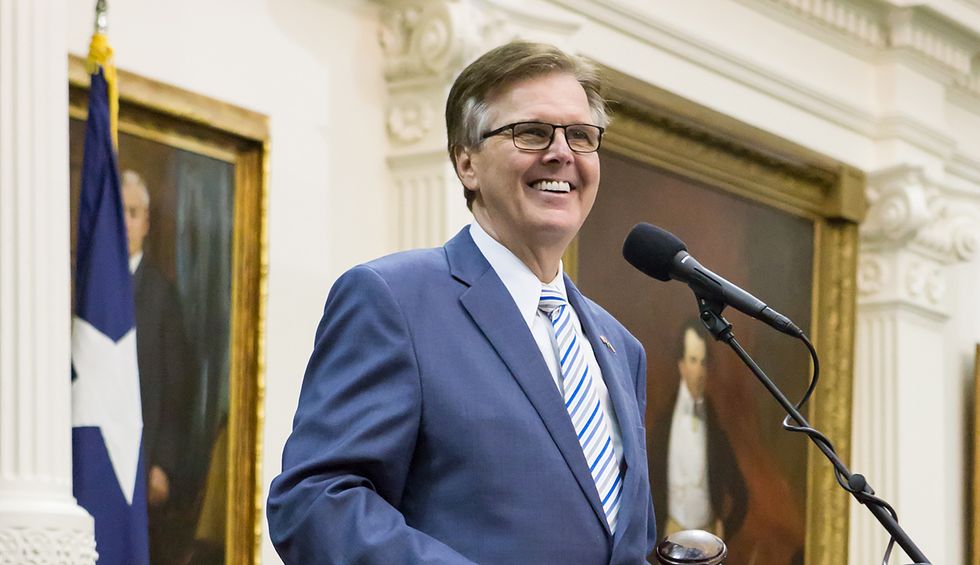 Appearing on MSNBC’s “AM Joy” on Sunday morning, former Christian Right evangelical Frank Schaeffer vehemently slammed the movement he was once a part of and its response to the deadly coronavirus pandemic — a response that, according to Schaeffer, underscores the movement’s “utter moral bankruptcy.” Schaeffer has had much to say about how those who stridently identify as “pro-life” generally show little or no regard for human life, and he isn’t the only person who has noted how irresponsible anti-abortion zealots have been during the pandemic. From evangelist Robert Jeffress to talk show host Glenn Beck, so-called “pro-lifers” have been the first to promote large gatherings, downplay the severity of coronavirus and encourage potentially deadly behavior.

Beck has a long history of railing against abortion on his show. But on Tuesday, March 24, Beck called for an end to social distancing in the United States — stressing that if that killed a lot of older Americans, so be it.

“I would rather have my children stay home and all of us who are over 50 go in and keep this economy going and working,” Beck told listeners. “Even if we all get sick, I would rather die than kill the country. Because it’s not the economy that’s dying, it’s the country.”

Jeffress (a major supporter of President Donald Trump) preaches at Dallas’ First Baptist Church, where on Sunday, March 15, he insisted on holding a large gathering even though countless health officials were warning against that type of thing. Jeffress, who has a long history of railing against abortion, has since discontinued large in-person gatherings at his megachurch, encouraging worshippers to watch his sermons online instead. But he refused to cancel his March 15 event and didn’t care if he put the lives of megachurch members at risk.

Texas Lt. Gov. Dan Patrick, an anti-abortion Republican who is popular with the Christian Right, has called for an end to social distancing — even if people in his state die as a result.

Patrick asserted, “My message is: let’s get back to work. Those of us who are 70-plus, we’ll take care of ourselves, but don’t sacrifice the country. Don’t do that. Don’t ruin this great American Dream.”

Tx Lt Gov Dan Patrick says grandparents would be willing to die to save the economy for their grandchildren https://t.co/wC3Ngvtsbj
— Andrew Lawrence (@Andrew Lawrence) 1585009294.0

After downplaying the severity of coronavirus back in January and February, Trump has changed his tone and now supports social distancing — although it remains to be seen for how long. Trump was calling for social distancing restrictions to be eased by Easter (April 12), although he is now saying the restrictions should remain until the end of April.

Christian Right blogger/author and anti-abortion extremist Lori Anderson has even celebrated the COVID-19 pandemic, arguing that it will promote family values by encouraging mothers not to work outside the home. On March 10, Alexander posted, “Many of the things going on in our culture — abortion, children being allowed to change genders, pornography, sex trafficking of children, and so on — are (much) more destructive to our culture than this virus or the stock market crashing. Maybe God will use this virus for good. Our culture needs a good wake-up call.”

College campuses all over the U.S. are shut down in response to the pandemic, but in Lynchburg, Virginia, Liberty University President Jerry Falwell, Jr. has made it clear that he has no intention of closing the campus — and on March 22, Falwell told the Richmond Times-Dispatch that perhaps more than 5000 students would be living in dorms on campus following spring break. Marybeth Davis Baggett, a member of Liberty University’s board of trustees, has been vehemently critical of Falwell’s actions.

Baggett, in a March 22 op-ed for the Religious News Service, wrote, “Many students, faculty and staff have health conditions that would make COVID-19 difficult to fight. And of course, Liberty is not a bubble where the virus would be contained. Instead, its population comes into regular contact with those in the Lynchburg community, putting their health and lives at risk as well.”

By March 12, the World Health Organization (WHO) had declared COVID-19 to be a global pandemic. But that day, the New Life Christian Center in Austin, Indiana proudly declared that it had no intention of practicing social distancing and even encouraged touching at a gathering that was held the following day.

On Facebook, the New Life Christian Center declared, “Due to the recent outbreak of fear — and the resulting raw, unmitigated stupidity — regarding the perceived threat of the ‘corona virus,’ etc., tomorrow night, Friday, March 13th, 2020, we WILL be having a church service here at the New Life Christian Center in Austin, Indiana. Anyone who is sick, you are welcome to come to church. We will lay hands on the sick, and the sick shall recover.”

In Tampa, Florida, Rodney Howard-Browne (pastor at the River Tampa Bay Church) has vowed to continue holding services and insisted that God will protect worshippers from coronavirus.

Rodney Howard-Browne will continue to hold services because his church is the most sterile building in America, as… https://t.co/c0XT6VF5uM
— Right Wing Watch (@Right Wing Watch) 1585331525.0

Of course, a variety of Christians — from Catholics to Mainline Protestants — have encouraged social distancing and are worshipping online instead of in person. In a March 27 article for the website First Things, writer Matthew Schmitz noted, “Now, many churches have gone from conducting masses as if nothing were amiss to holding no masses at all. As people crowd supermarkets and big-box stores, churches are closed.”

But the New Life Christian Center, Glenn Beck and other so-called “pro-life” social conservatives have demonstrated that defying social distancing is a badge of honor with them — and if Americans die needlessly as a result, they are perfectly OK with that.