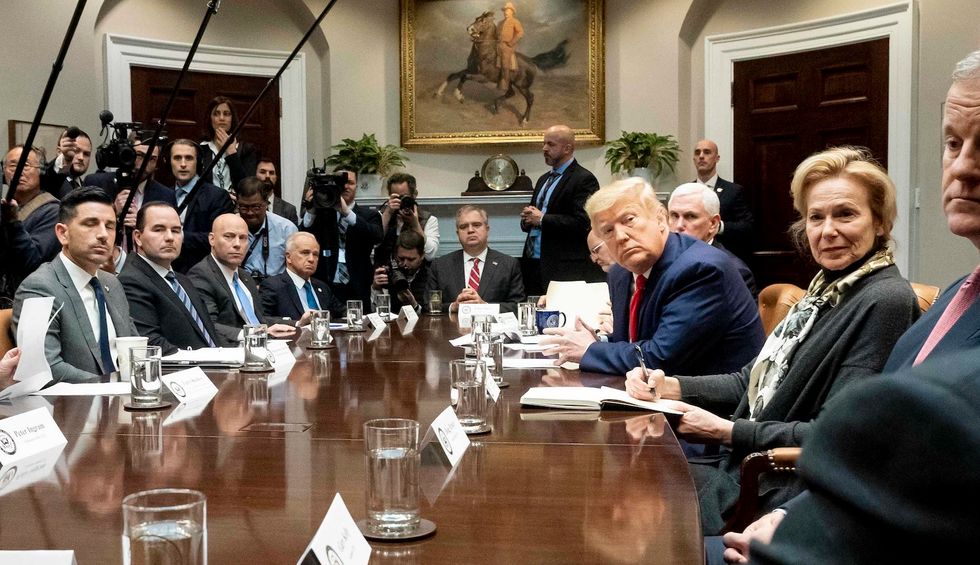 Friday morning on MSNBC’s “Morning Joe,” host Joe Scarborough made a sobering assertion about the coronavirus threat in the United States: the number of infections being reported is “artificially low” because under President Donald Trump’s watch, not enough testing is going on. Later that morning, The Atlantic’s website published an article on coronavirus testing in the U.S. — which, Atlantic journalists Robinson Meyer and Alexis C. Madrigal warn, is falling “far short” of what it needs to be.

CNN, as of Friday morning, had reported 228 known coronavirus cases and 14 coronavirus-related deaths for the U.S., but as Meyer and Madrigal note in their article — and as Scarborough pointed out on MSNBC — the numbers being reported don’t take into account U.S. residents who might have coronavirus but haven’t been tested.

Meyer and Madrigal write, “How many people have actually been tested for the coronavirus? This number would give a sense of how widespread the disease is and how forceful a response to it the United States is mustering. But for days, the Centers for Disease Control and Prevention has refused to publish such a count despite public anxiety and criticism from Congress.”

Thomas Frieden, who served as director of the CDC from 2009-2017, compared the coronavirus response in the U.S. to responses to previous health threats such as H1N1 and the Zika virus.

“The CDC got this right with H1N1 and Zika and produced huge quantities of test kits that went around the country,” Frieden told The Atlantic. “I don’t know what went wrong this time.”

Meyer and Madrigal report that based on “interviews with dozens of public health officials” and “a survey of local data from across the country,” The Atlantic “could only verify that 1895 people have been tested for the coronavirus in the United States, about 10% of whom have tested positive.” And the journalists go on to say that The Atlantic “contacted the public health departments of all 50 states and the District of Columbia,” gathered “data on websites” and “corresponded with dozens of state officials.”

“The Atlantic’s numbers reflect the best available portrait of the country’s testing capacity as of early this morning,” Meyer and Madrigal assert. “These numbers provide an accurate baseline, but they are incomplete. Scattered on state websites, the data available are not useful to citizens or political leaders. State-based tallies lack the reliability of the CDC’s traditional — but now abandoned — method of reporting….

The figures we gathered suggest that the American response to the coronavirus, known as Covid-19, has been shockingly sluggish, especially compared with that of other developed countries.”

Meyer and Madrigal conclude their article with an assertion not unlike what Scarborough essentially said on MSNBC: when it comes to coronavirus, what you don’t know can hurt you.

“If the true extent of the outbreak were known through testing,” the Atlantic journalists write, “the American situation would look worse. But health-care officials and providers would be better positioned to combat the virus. Hard decisions require data. For now, state and local governments don’t have the information they need.”