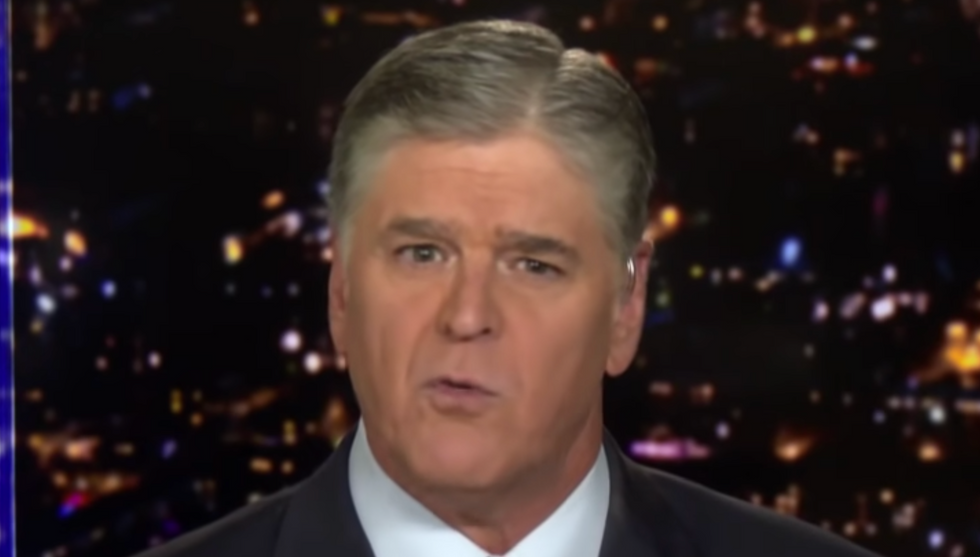 It’s no secret that Fox News’ Sean Hannity has been a buffoonish cheerleader for Donald Trump’s presidency, but Hannity was cheering for Trump even before he won the 2016 election. And according to FBI documents obtained by BuzzFeed through the Freedom of Information Act, Trump's Deputy Campaign Manager Rick Gates said Hannity was getting some of his talking points from Paul Manafort.

Manafort served as Trump's campaign manager — and brought Gates on board the campaign — but he was ousted after his shady ties to Ukraine and Russia were started to become public. He was later prosecuted by Special Counsel Robert Mueller for a variety of crimes, including financial fraud and his work as an undisclosed foreign agent. He is now serving time in prison after pleading guilty to some of these charges.

Law & Crime reporter Jerry Lambe notes that during Trump’s 2016 campaign, Hannity would “tailor the content of his nightly cable news show according to the suggestions of” Manafort. The documents show that Gates told the FBI that Hannity welcomed Manafort’s recommendations.

Gates, in 2018, told the FBI, “Hannity and Manafort had a good relationship. Hannity was a Trump supporter who publicly applauded Manafort’s hiring by the Trump campaign. Hannity said, ‘Finally, we have an adult in the room’ when Manafort was hired. During the campaign, Hannity tailored his shows to the agenda Manafort suggested.”

Gates was charged alongside Manafort, but because of a plea agreement, he became the star witness in Manafort’s trial.

According to documents previously obtained by BuzzFeed, Hannity was “a central point of contact between the president’s allies who were under investigation (by Mueller) and Trump himself.” Lambe notes that court documents for Manafort’s trial showed that Manafort and Hannity exchanged hundreds of text messages in 2017 and 2018.

In 2016, Manafort was Trump’s campaign manager before White House Adviser Kellyanne Conway came on board. When she was still working on Sen. Ted Cruz’ presidential campaign, Conway was critical of Trump. But Conway did an about-face after Cruz dropped out of the race and she joined Trump’s campaign (following Manafort’s departure).

Law & Crime asked Hannity for a statement, and he told the publication that his “view of the special counsel investigation and the treatment of Paul Manafort were made clear every day to anyone who listens to my radio show or watches my TV show.”

Hannity told Law & Crime, “I am extremely proud of the investigative reporting that me, my radio staff, TV staff and ensemble cast of reporters have done the last three years. While the media mob peddled lies and conspiracy theories and were proven wrong again and again, we have been vindicated on everything we reported from Hillary Clinton’s server, deleted e-mails, dirty Russian dossier, premeditated fraud on the FISA Court, illegally spying and more.”