Expert epidemiologist explains why Dr. Deborah Birx’s coronavirus analysis might be way off base 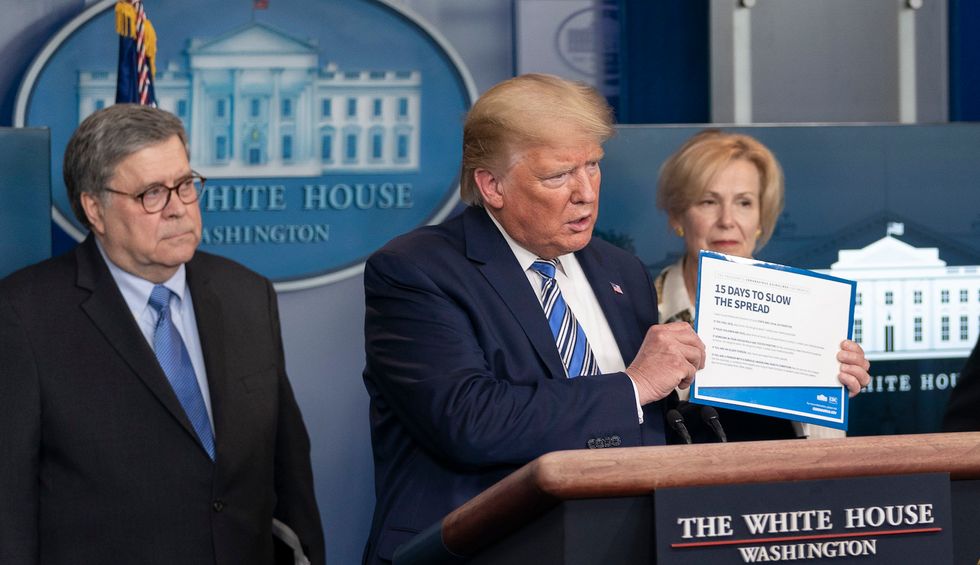 The United States has passed a grim milestone in the coronavirus pandemic: according to researchers at the Center for Systems Science and Engineering (CSSE) at John Hopkins University in Baltimore, the U.S. now has more reported cases of coronavirus than any other country in the world. Dr. Deborah Birx, who is part of President Donald Trump’s coronavirus task force, has been discussing how quickly COVID-19 might spread in the U.S. in the weeks ahead — noting different possible scenarios. And epidemiologist Marc Lipsitch, in a Twitter thread posted on March 26, explains why Birx’s analysis might be much too optimistic.

In his thread, Dr. Lipsitch explains, “Tonight #DeborahBirx stated that models anticipating large-scale transmission of COVID-19 do not match reality on the ground. Our modeling (done by @StephenKissler based on work with @ctedijanto and @yhgrad and me) is one of the models she is talking about.”

Lipsitch goes on to say, “We received a request to model dozens of scenarios from the US government at 5pm on Tuesday. We responded to many of these on Wednesday evening, thanks to fast and careful work by @StephenKissler. This was done in good faith in order to help support the USG response.”

Different factors can affect the degree to which coronavirus spreads in the weeks to come, from testing to social distancing. Birx has maintained a calm demeanor during her speeches, but according to Lipsitch, that doesn’t make some of the models she has addressed any less troubling.

Birx stated, “When people start talking about 20% of a population getting infected, it’s very scary. But we don’t have data that matches that based on our experience.”

Lipsitch, in response to that statement, tweets, “True. We are near the beginning of the epidemic, with most people still susceptible. China and Korea have suppressed transmission by massive testing, combined in China with far more intense distancing than here and in Korea with significant distancing.”

Lipsitch continues, “If our social distancing works, it is possible we will not just flatten the curve, but get a decline in cases. Under a best-case scenario, we will keep that policy in place long enough to get down to very, very few cases domestically.”

However, the epidemiologist stresses that “best-case scenario” are the operative words.

“Here’s why it is a best-case, likely unattainable scenario….. We have not proven that U.S.-style social distancing can produce …. declining case numbers. On this I’m hopeful, but it’s a hope, not a fact.”

Lipsitch added, “We remain woefully behind on testing capacity, especially in many parts of the country. Like a forest fire, intense control in one place fails if there are sparks from other places. We must strengthen the weak links. But test reagents, swabs, PPE remain in short supply.”

The epidemiologist adds, “Solving the testing problems will not be easy, despite heroic local and state efforts to make up for the feckless federal efforts on this front. Supply chains are delicate, and it may not be possible to come from behind and establish Korea-level testing capacity.”

One of the things that will make a South Korea-like result unlikely in the U.S., according to Lipsitch, is the very real possibility of the United States’ health care system becoming more and more overwhelmed.

“So, the scenario Dr. Birx is ‘assuring’ us about is one in which we somehow escape Italy’s problem of overloaded healthcare system despite the fact that social distancing is not really happening in large parts of the U.S.,” Lipsitch writes.

But here's why it is a best-case, likely unattainable scenario. 1) We have not proven that US-style social distanci… https://t.co/JPbJkB3Ibw
— Marc Lipsitch (@Marc Lipsitch)1585272988.0

2) we remain woefully behind on testing capacity, especially in many parts of the country. Like a forest fire, inte… https://t.co/YCbMxPBWDK
— Marc Lipsitch (@Marc Lipsitch)1585273055.0

Solving the testing problems will not be easy, despite heroic local and state efforts to make up for the feckless f… https://t.co/CzbojCToub
— Marc Lipsitch (@Marc Lipsitch)1585273116.0

So the scenario Dr. Birx is "assuring" us about is one in which we somehow escape Italy's problem of overloaded hea… https://t.co/yaiEFHsJvd
— Marc Lipsitch (@Marc Lipsitch)1585273615.0

The U.S., according to Hopkins, has 85,996 confirmed cases of COVID-19 compared to 80,589 in Italy. But the real number in the U.S. is probably much higher than 85,996 because, as Lipsitch noted, not nearly enough testing has been done.