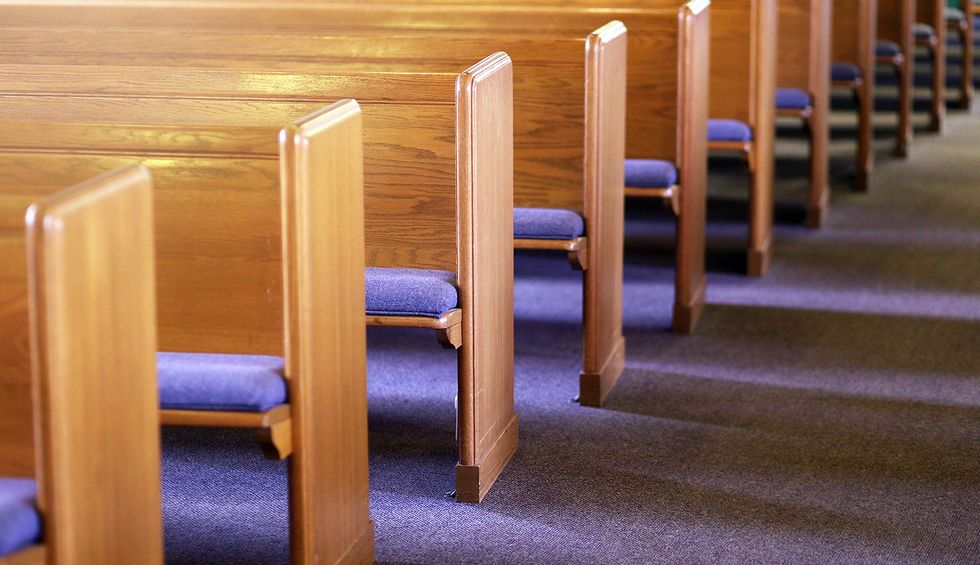 With the World Health Organization (WHO) having declared coronavirus to be a global pandemic — and major European democracies like Italy and Spain in full lockdown mode — officials all over the United States are urging Americans to avoid large crowds, especially if they are older. Indiana Gov. David Holcomb, for example, has strongly advised against gatherings of more than 250 people. But the fundamentalist New Life Christian Center in Austin, Indiana vowed to defy that advice and called for heavy attendance for a March 13 gathering, even going so far as to encourage touching. And their blatant idiocy is being met with an angry response on social media.

On March 12 on their Facebook page, the New Life Christian Center declared, “Due to the recent outbreak of fear — and the resulting raw, unmitigated stupidity — regarding the perceived threat of the ‘corona virus,’ etc., tomorrow night, Friday, March 13th, 2020, we WILL be having a church service here at New Life Christian Center in Austin, Indiana. Anyone who is sick, you are welcome to come to church. We will lay hands on the sick, and the sick shall recover.”

The post went on to say, “It has become apparent that much of the Church, as a whole and irrespective of denomination, is ignorant and fearful about a great many things. Come to church and learn a better way to live — one based on God's promises as written in Scripture.”

The post quoted — painfully out of context — Mark 16:18 in the New Testament: “They will lay hands on the sick, and they will recover.” And  the post declared, “In direct eye-rolling at our Indiana Governor’s requests, we have a GOAL to have AT LEAST 250 people here at church tomorrow night! Tell a friend! Bring a friend! Carpool if possible, so that we can park everyone!”

Of course, not all Christians in the U.S. are guilty of such ignorance; plenty of smart Lutherans, Episcopalians and Catholics are suspending their services. Some are offering churchgoers spiritual guidance online while urging them to please stay home as much as possible. But as the Friendly Atheist website is point out, common sense is in short supply at the New Life Christian Center.

On the Friendly Atheist website, Hemant Mehta asserted, “Good lord, ignorant Christians are going to exacerbate a pandemic because they’re too stubborn to listen to anyone who actually understands science.”

But as Mehta noted, there was some good news: a video of the March 13 service posted on Facebook shows a lot of empty pews when the pastor was speaking.

“For what it’s worth,” Mehta wrote, “there’s video of Friday night’s service on Facebook and the place looks mostly empty. That’s a relief. Kind of. But the church leaders haven’t apologized, and no one should expect them to do so anytime soon, which means they may continue holding services for the foreseeable future. Capitulating to experts would be blasphemous for them.”

Mehta added, “Some churches care for the sick. This one wants to create the sick. It’s dangerous, and they don’t care.”

Facebook user Alexia Katerina Muzart Dadian  lambasted the New Life Christian Center as well, writing, “Wow. I’m a Christian. This post is embarrassing and I really hope for the sake of your elderly and immunocompromised attendees you choose to move to online-only services like thousands of other churches have until it is safe to gather in large numbers again.

Tiffany Terral, another Facebook user, posted, “Televised services are available at many churches. God also gave us the gift of common sense. We shouldn't gather where deadly viruses may be spread. You wouldn't recommend Christians to go into a burning building or to stand in front of gunfire because God will protect them.”