'Don't be a cutie pie!': Trump gives a bizarrely tone-deaf answer when pressed on need for ventilators 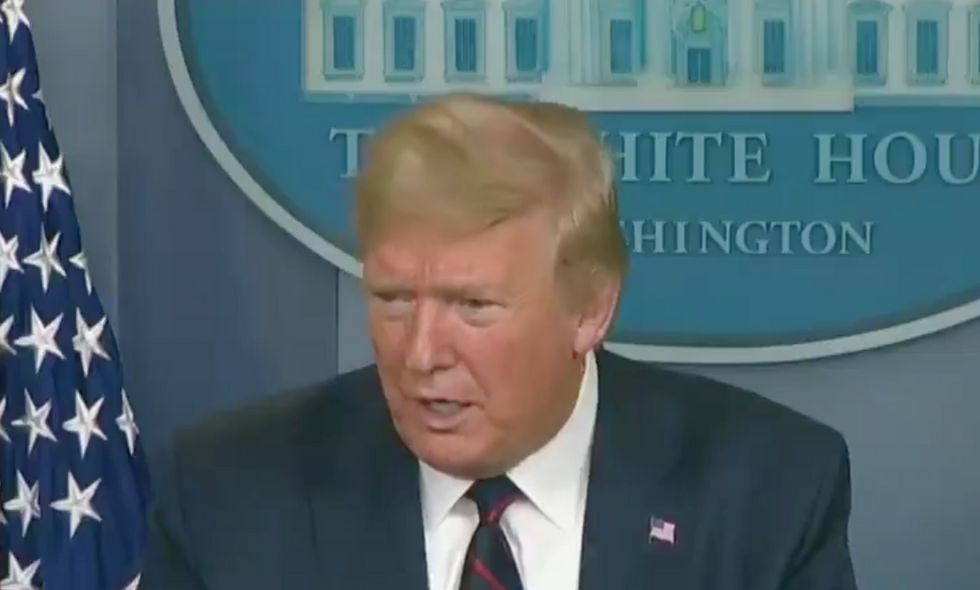 During the White House coronavirus briefing on Friday, President Donald Trump gave a bizarre and uninspiring response when a reporter pressed him on the supply of ventilators in the United States.

"Are you able to guarantee, to assure, these states, these hospitals, that everyone who needs a ventilator will get a ventilator?" asked ABC News' Jonathan Karl.

He added that the administration is "prepared to do vast numbers" of ventilators and he "hopes that's the case." He said "hopes" the United States will have "leftovers" that it can give to other countries in need.

But Karl pushed forward since Trump didn't answer his question.

"Everbody who needs one will be able to get one?" Karl asked.

"Don't be a cutie pie! OK?" Trump said in response. "'Everyone who needs one,'" he repeated mockingly.

"It's a fundamental question!" Karl shot back.

Trump went on to brag about his administration's performance during the crisis, even as the outbreak has spiraled out of control. He also, as usual, tried to blame previous administrations for not being prepared enough, even though the Obama team had extensive planning and infrastructure in place to respond to pandemics which Trump tore down or ignored.