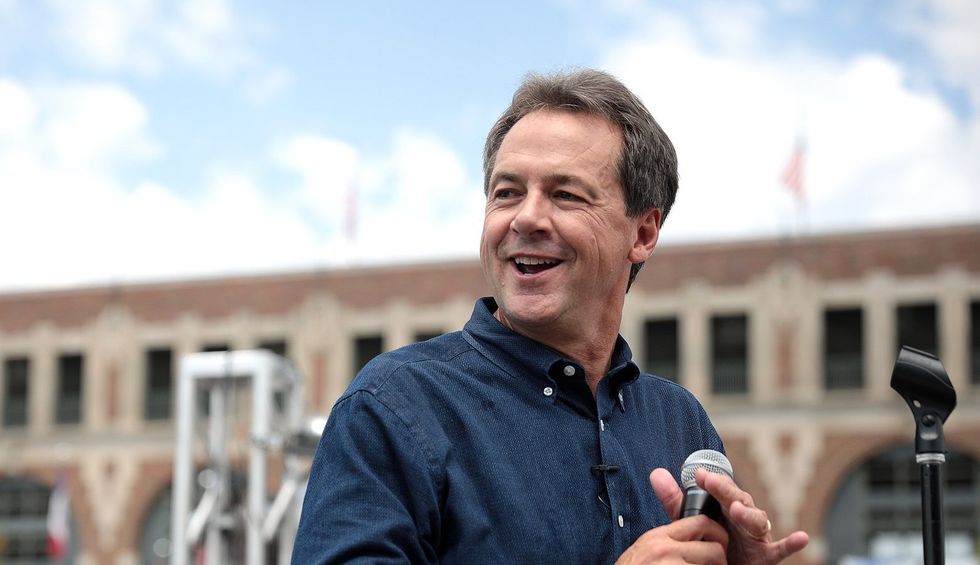 On Wednesday, The New York Times reported that Democratic Gov. Steve Bullock would likely reverse himself and run for Senate against GOP incumbent Steve Daines after all. Bullock, who mounted a failed bid for the Democratic presidential nomination last year, hasn't addressed the matter directly, and he only refused to rule it out in an email with the Times. However, Bullock has reportedly been the target of aggressive persuasion efforts by Barack Obama and Senate Minority Leader Chuck Schumer. Bullock only has until the Monday filing deadline to decide, meaning we will soon have an answer.

If Bullock does join the race, he would instantly give Democrats a far better shot at pulling off an upset in a state that went solidly for Trump in 2016 but has been more amenable to Democrats downballot. As the sitting governor, Bullock has already won two hard-fought elections in 2012 and 2016, and he had a strong approval rating in the few available polls. Bullock would also be starting with very high name recognition and be able to raise ample money, giving him a major edge over the current field of little-known Democratic contenders.

Bullock's entry would give Democrats their best shot at ousting Daines, but it will still be an uphill battle. Montana backed Trump by a punishing 56-35 in 2016, and there's little indication that Trump will fare much worse there in November. In an era where fewer and fewer voters are willing to split their tickets, especially in federal races, Bullock will have a tougher time convincing Trump-leaning voters to cross over for him when the stakes appear higher. However, there's still a real chance he could pull off an upset win, and his running would be a boon to national Democrats' odds of taking back control of the Senate