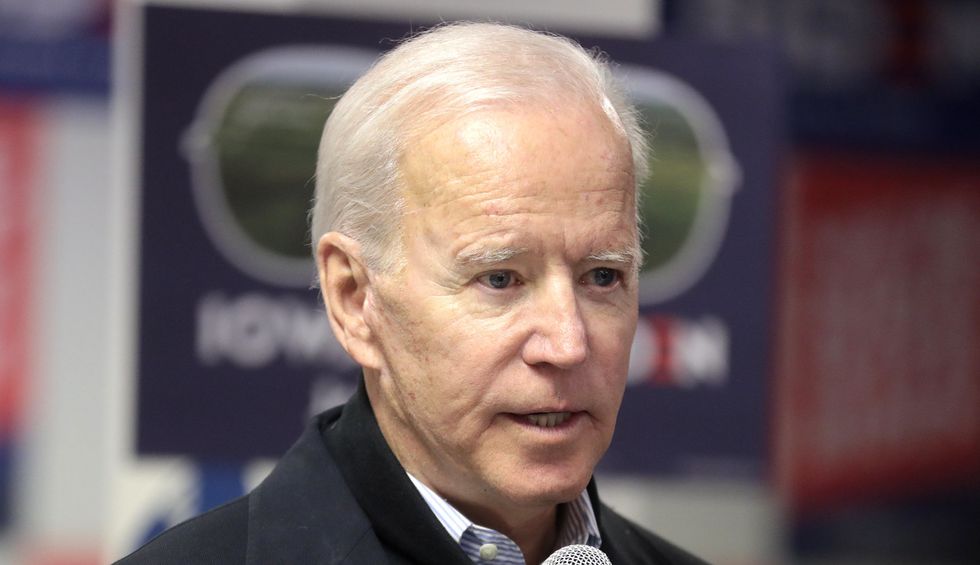 A member of former Vice President Joe Biden's outreach team is drawing criticism for saying Friday that she would "absolutely not" vote for Bernie Sanders if the U.S. senator from Vermont became the Democratic Party's presidential nominee.

During an appearance on the Al Jazeera English program UpFront, Biden delegate candidate Lindy Li said that if Sanders secures the nomination and faces off with President Donald Trump in November, "I'm going to vote blue all the way down except for president."

UpFront host Mehdi Hasan then asked Li: "So you're okay with a second Trump term?"

"I'm absolutely not okay with it, but I'm also almost probably equally terrified and traumatized by the prospect of a Sanders presidency right now," Li said.

After weeks of Bernie Sanders supporters being hit over the head with questions of voting blue no matter who, a… https://t.co/SvanYlLOx8
— jordan (@jordan)1583542347.0

Li is a former congressional candidate who recently stepped down as treasurer of the Pennsylvania Young Democrats following controversy over her tweets about Sanders. Last month, she tweeted a Vanity Fair report about the events that led to her resignation with the comment: "That time (those times) #BernieBros tried to destroy my life."

Linda Sarsour, a national surrogate for the Sanders campaign, also appeared on UpFront Friday—and Hasan also asked her if she would support Biden if he became the nominee. Sarsour, who expressed frustration with Li's answer on Sanders, said of voting for the former vice president that "it would be very hard for me... but I would do the right thing, because that is the right thing to do."

"I know... what's more important," said Sarsour. "It's not about being selfish and self-righteous. It's about protecting our communities and protecting generations to come."

Sarsour noted that she might have drawn the line at Michael Bloomberg, the billionaire businessman and former New York City mayor who dropped out of the race and endorsed Biden. During Bloomberg's campaign, he was criticized for the New York Police Department's "stop-and-frisk" tactic, which was expanded during his tenure.

Although Sarsour confirmed she is not "Bernie or bust," she did make a case against Biden, who previously represented Delaware in the U.S. Senate. As she put it: "I think he has a horrible record. He took us into a despicable war in Iraq and voted for the war in Iraq. He didn't just vote for the crime bill, he championed the crime bill, which is why we have inflated incarceration of black and brown people across the country."

Fellow Sanders surrogates and other political commentators responded to the UpFront segment on Twitter. Some expressed frustation over Li's rejection of the "blue no matter who" voting strategy of backing whichever Democratic candidate is on the ballot for every elected office.

"I am constantly asked if I'd support the Dem nominee. Could you imagine if I said I wouldn't?" tweeted Rep. Alexandria Ocasio-Cortez (D-N.Y.). "Yet Biden's camp is on TV threatening to help Trump if they don't get exactly what they want."

"This is profoundly irresponsible on all ends. Our country is not a game. Get it together," added the congresswoman, who has endorsed and campaigned for Sanders.

David Litt, a speechwriter for former President Barack Obama, raised concerns about Li running to be a convention delegate for Biden. "This is ridiculous," he said of her UpFront appearance. "If you can't commit to supporting the nominee you should not be a delegate for anybody, period."

"I would vote for a sock puppet of FDR in the general election against Donald Trump," said sex and culture critic Ella Dawson. "Refusing to vote blue no matter who is shameful and should be unacceptable in the Democratic Party."

The People for Bernie Twitter account also weighed in. "For a year Bernie has been asked if he'll back the nominee if it isn't him, and he continues to say yes," the group said. "Joe Biden never goes out of his way, if anything he pushes away young voters with his rhetoric. Bernie says it every chance he gets."